Myles Thompson-Edwards, also known as Luke Palmer, aged 33, is wanted in connection with an incident at Windsor Royal Shopping Centre on Thames Street sometime between 2.20am and 2.40am on Saturday 16 July.

The incident relates to an investigation into an allegation of a sexual assault on a woman in her late teens. 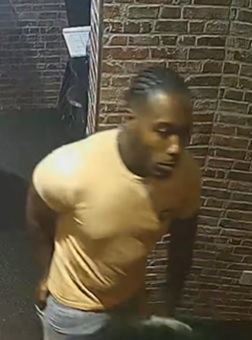 He is known to frequent the Aylesbury and London areas.

Investigator Collette Gray, of Windsor and Maidenhead CID, said: “Myles Thompson-Edwards aka Luke Palmer, is wanted in connection with this offence.

“If anyone sees Thompson-Edwards/Palmer, do not approach him. Instead, call police on 999.

“Anyone with any information about his whereabouts or that can help our investigation should call 101 or make a report on our website, quoting reference number 43220313912.

“Alternatively, you can provide information anonymously to the independent charity, Crimestoppers, by calling 0800 555 111 or via its website.”