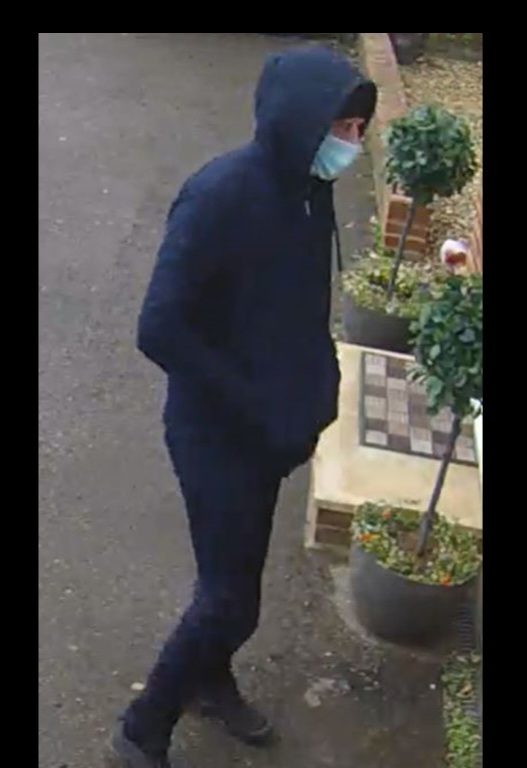 Police are appealing for witness, or anyone with information, after a residential burglary in Hedge End.

Officers have today (10 June) released a CCTV image of a man that they would like to speak with in relation to a residential burglary on Chapel Road in West End.

The incident took place between 9am and 2.30pm on Tuesday 7 June after the property was broken into.

Entry was gained through a rear double-glazed door, which was smashed in the process, and a television and SLR camera among the items stolen during an untidy search.

Officers have conducted initial enquiries but are now turning to the public for help.

Police appreciate that this isn’t the clearest image, but were you in the area at the time? Did you see anyone acting suspiciously?

The act was carried out in broad daylight – perhaps you have dash-cam or CCTV footage which could help aid the investigation.

Alternatively, you can report it via the Hampshire Constabulary website – https://www.hampshire.police.uk/ro/report/ocr/af/how-to-report-a-crime/.