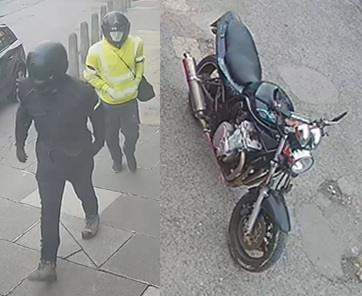 Police are appealing for witnesses, or anyone with information, after an armed robbery at a bookmakers in Fair Oak.

At around 3.15pm on Friday 8 October, two people in motorcycle attire entered Corals bookmakers on Botley Road in Fair Oak and threatened staff members with a knife, before demanding money from the tills.

They then fled the scene on a black Suzuki Bandit motorcycle.

No one was injured during the incident.

Were you in the area at the time or did you see what happened? Do you recognise the motorcycle involved? Perhaps you have dashcam footage in the lead up to or during the incident?

Anyone with information relating to this incident is asked to call 101, quoting the reference 44210404499.