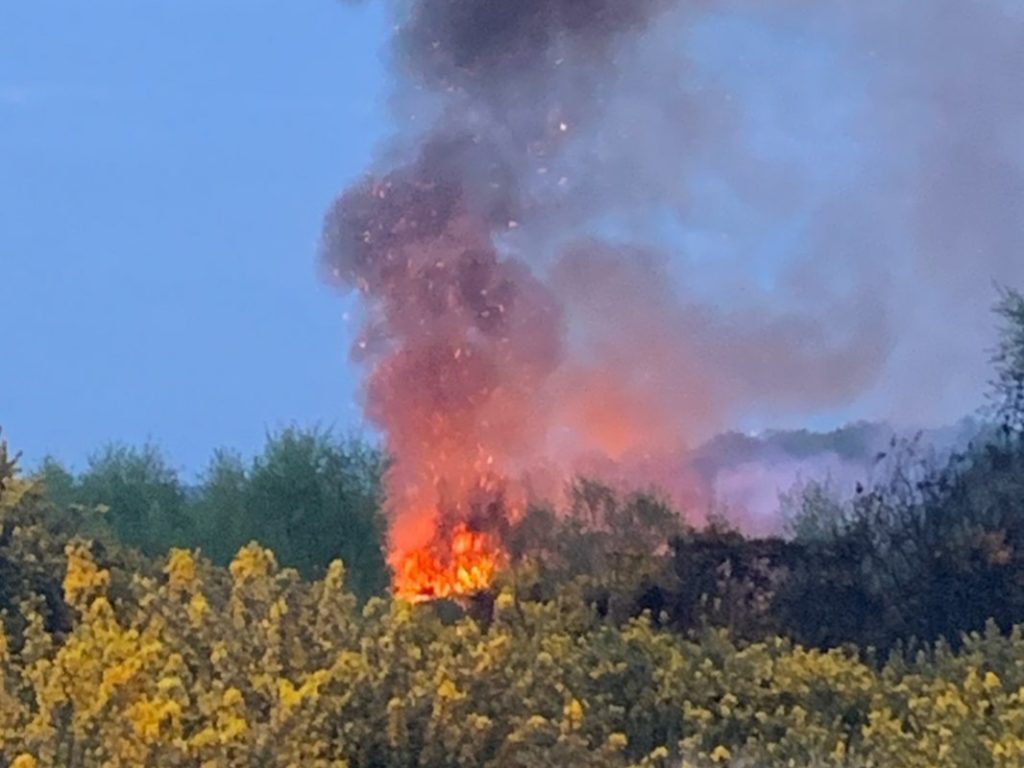 More than 35 firefighters from Rushmoor, Fleet, Bordon, Hartley Wintney, Yateley, Odiham and Eastleigh were mobilised to a blaze after multiple calls to a large fire in the open at Hawley Lake, Blackwater at 5.44pm

The stop message for the Hawley Lake fire was received at 9.42pm 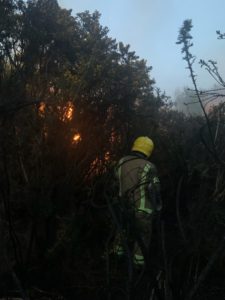 Both Natural England and the Police were notified and in attendance.

Meanwhile, at 6.34pm, crews from Rushmoor, Fleet, Overton, Eastleigh, Alton, Bordon and Winchester were called to a large fire involving gorse and tress nearby on Yateley Common, London Road after several calls from the public. 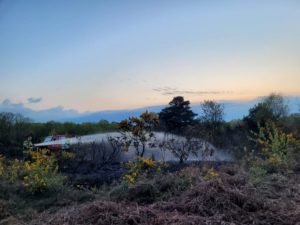 This comes following a further four fires in the open within the Farnborough and Yateley area throughout the day, attended to by Rushmoor and Winchester crews. 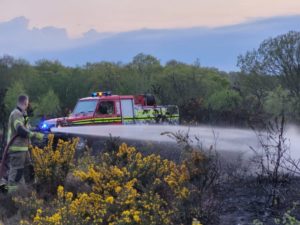 “We have been called to several fires in the open today within the local area. Control staff, and crews from Rushmoor and across the county have worked tirelessly throughout the day to manage calls and extinguish the fires to protect the public, wildlife and the surrounding land.”

“Crews tackling the fire at Yateley Heath could see the smoke from the Hawley Lake fire from a distance.”

“Crews at the Hawley Lake fire battled challenging conditions to bring the fire under control, and we appreciate their hard work.”

“Army personnel will continue hourly patrols throughout the night, and firefighters will attend a reinspection of the site in the early morning.”