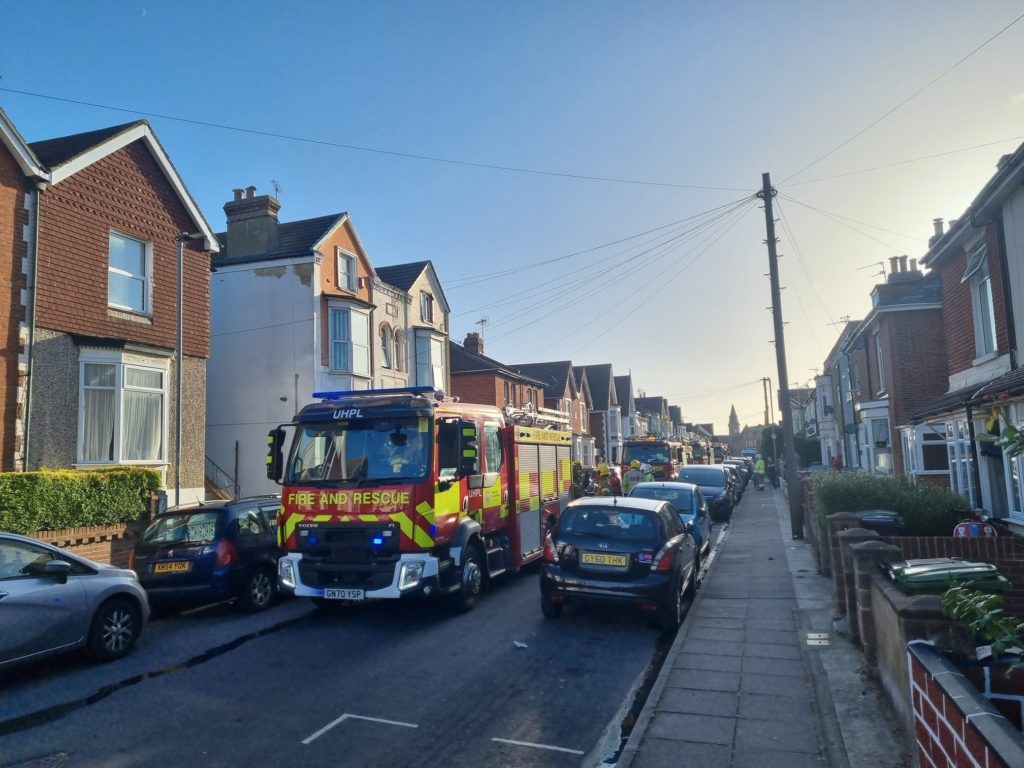 Over 20 firefighters were in attendance after a fire broke out in the basement flat of the property in North End, Portsmouth

A total of four appliances were sent to tackle the fire after crews from Southsea and Cosham were scrambled to the address in Queens Road, Portsmouth shortly before 7.00pm, firefighters  wearing breathing apparatus quickly gained access to the smoke filled property to tackle the fire using hose reels, 45mm jet and high pressure jet hoses. 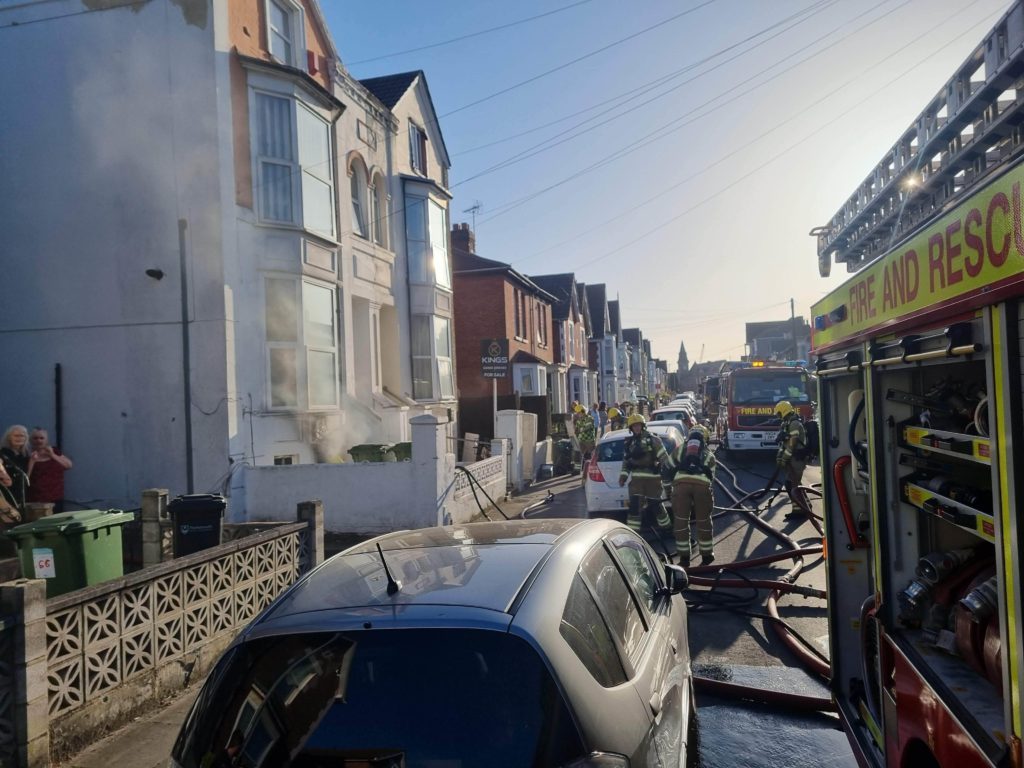 Firefighters tackled the fire for approx. ten minutes before it was fully extinguished crews used PPV for smoke clearance, two other properties above have also suffered significant smoke damage which was cleared using PPV.

Firefighters later carried out safe and well visits to neighbouring properties and issued them with fire safety leaflets.