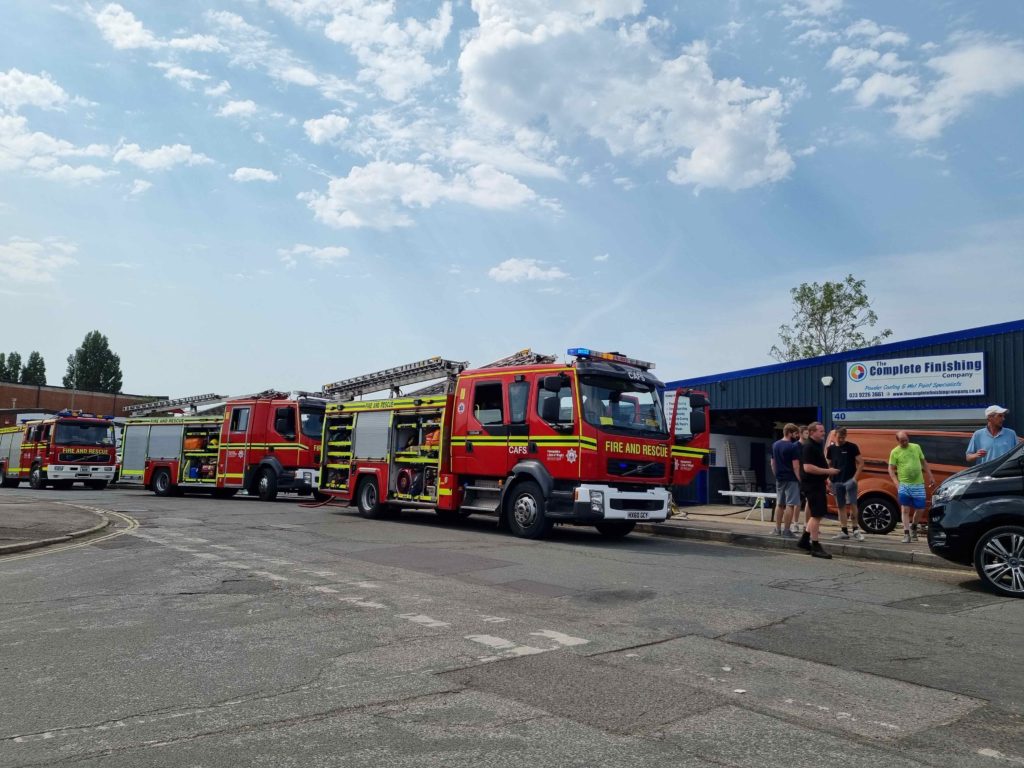 Six appliances were in attendance of the blaze at the Complete Finishing Company in Aston Road, Waterlooville

Firefighters used breathing apparatus, high pressure jet hoses and hose reel to extinguish the blaze, thanks to firefighters quick actions the fire was contained and did not spread to adjoining premises.

Fortunately there were no injuries reported in the fire and a full fire investigation is now underway.