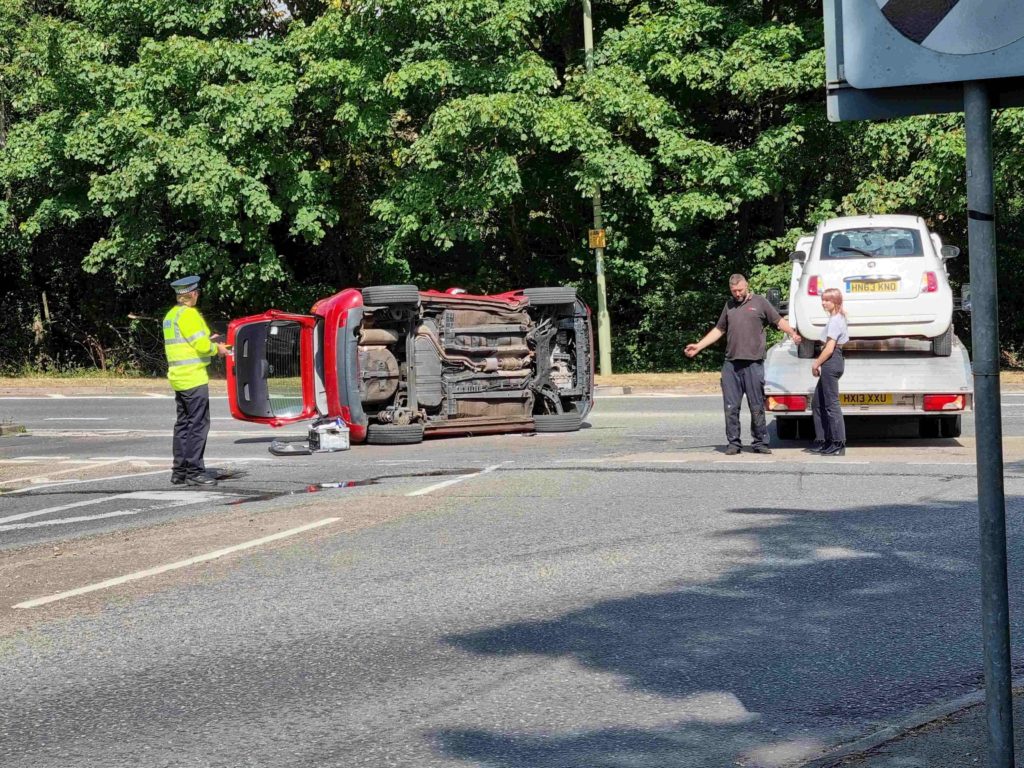 Two appliances from Havant and Horndean were in attendance which saw a Kia Venga left on it’s side in the collision. 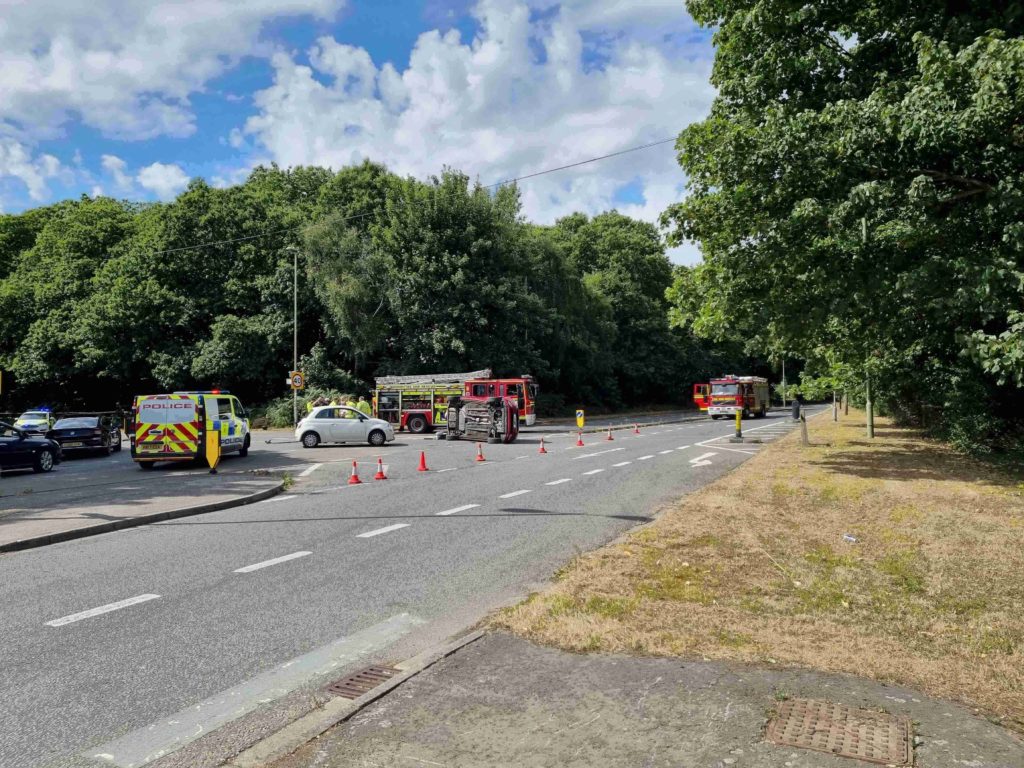 The collision happened shortly before 3.00pm, its understood the Fiat 500 was travelling along Comley Hill, when it was involved in a collision with a Kia that was pulling out at the junction.

Paramedics from South Central Ambulance Service, were called after two elderly woman and there dog were tipped over in the collision.

Police closed the road between the junctions of Bartons Road and Eastleigh Road, whilst fire crews made the vehicle safe after oil and other liquids leaked following the collision.

Both woman were later taken to hospital for further observations, they are both expected to make a full recovery.

The driver of the Fiat 500 did not require hospital treatment and is expected to make a full recovery, police are investigating the circumstances around the cause of the collision.