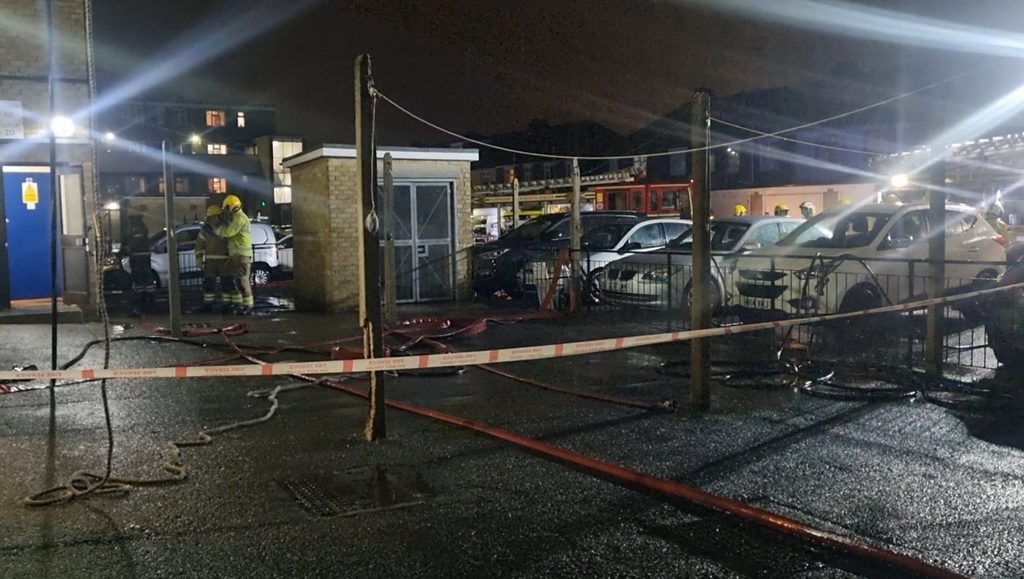 Around fifteen Firefighters tackled the blaze after it quickly spread through the three bedroom maisonette, thankfully there were no reported casualties, firefighters managed to tackle the blaze before it spread to neighbouring properties.

One appliance from Cosham and two appliances from Portchester were in attendance to the make pumps 3 blaze, firefighters used breathing apparatus, three hosereels and two high pressure jet hoses to extinguish the fire.

The stop call came in shortly after 6.20 pm, the cause of the fire is unknown and a full fire investigation is now underway.