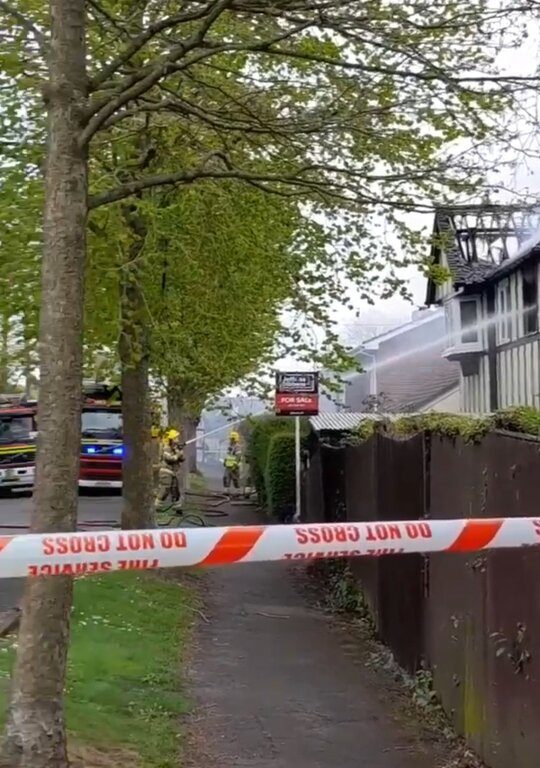 Hampshire and Isle of Wight Fire and Rescue Service have been tackling a large house fire in Sea View Road, Drayton.

Crews were called to the scene at about 3.00pm today after reports of smoke issuing from the property.

On arrival firefighters found the property to be well alight and discovered the fire had rapidly spread to the roof space.

HIWFRS advised the public to avoid Sea View Road due to having multiple appliances tackling the blaze and advised near-by residents to close doors and windows.

Around 20 firefighters from Cosham, Havant and Portchester were in attendance and tackled the blaze, as well as a specialist ALP from Southsea which was used to tackle the blaze from above.

Police closed nearby roads between the junctions of Uplands Road and Portsdown Avenue.

No one is believed to have been hurt in the blaze due to the occupants being on holiday.

They have since been contacted and are making travel arrangements to return home.