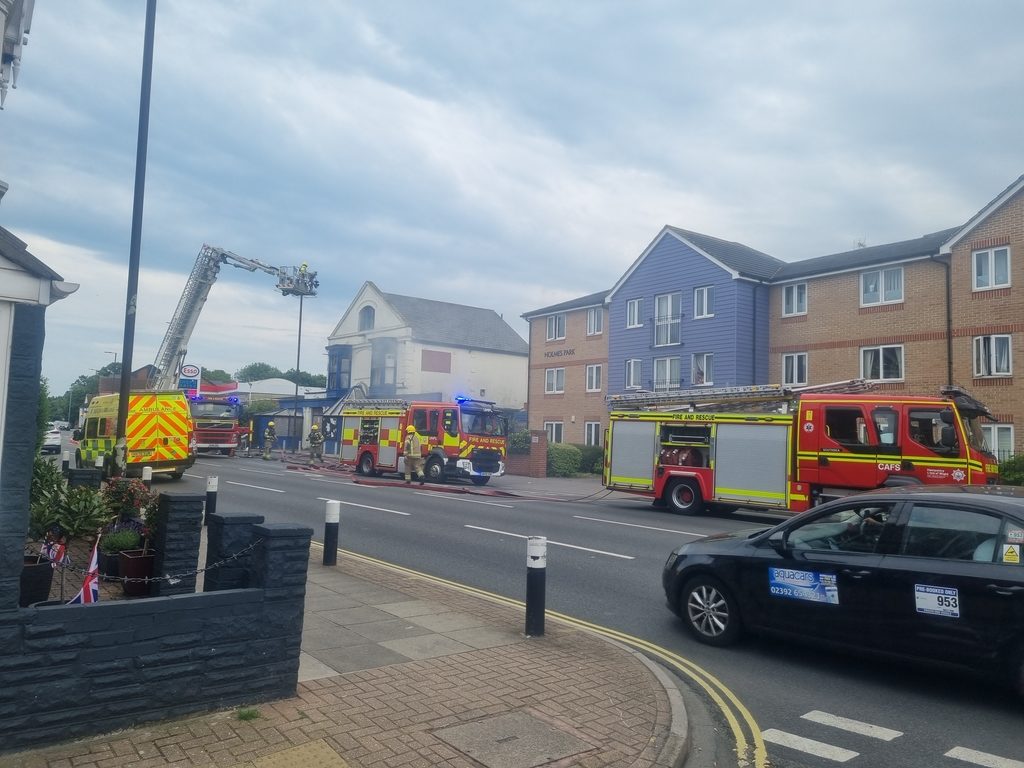 Firefighters were called shortly before 4.10pm after smoke was seen coming from the upstairs of the premises on Milton Road, Portsmouth.

Three appliances from Southsea including an ALP and two appliances from Cosham are currently in attendance, police are asking people to avoid the area to allow access for emergency vehicles.