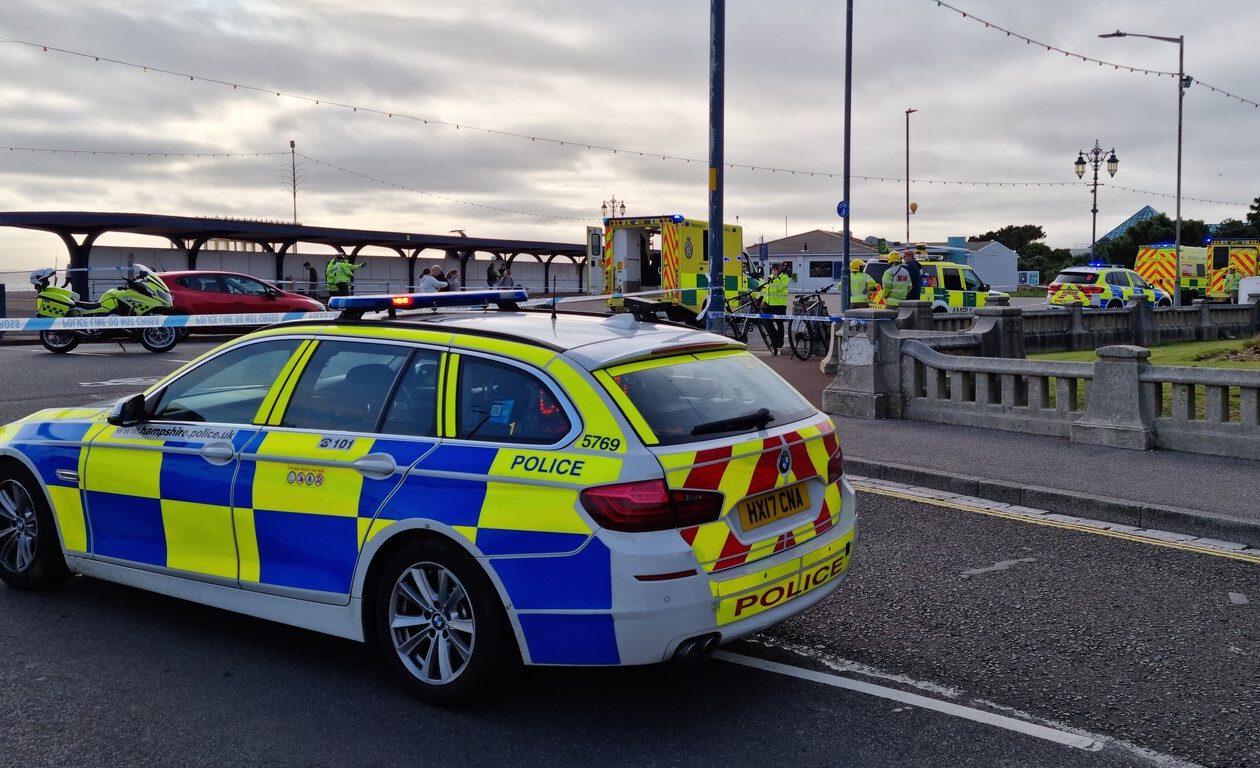 A man has sadly died after being struck by a motorcycle on a pedestrian crossing on Clarence Esplanade, Southsea, Portsmouth.

The incident happened at around 02.15 pm after reports that a motorcycle had hit a male crossing the road which sparked a multi agency emergency response.

A road closure was put in place between Jack Cockerill Road and The Dell to allow paramedics and medics from Hampshire and Isle of Wight Air Ambulance to administer life saving treatment to the casualties.

Hampshire police were in attendance who placed a cordon around the incident, whilst officers from Hampshire roads policing unit started a prompt investigation into the circumstances of the collision and obtained statements from eye witnesses.

Two casualties who were on the motorcycle were treated at the scene by paramedics and later taken to Queen Alexandra Hospital for further treatment, air ambulance medics attempted to give live saving treatment to the male who had been struck by the motorcycle who was sadly pronounced dead at the scene. 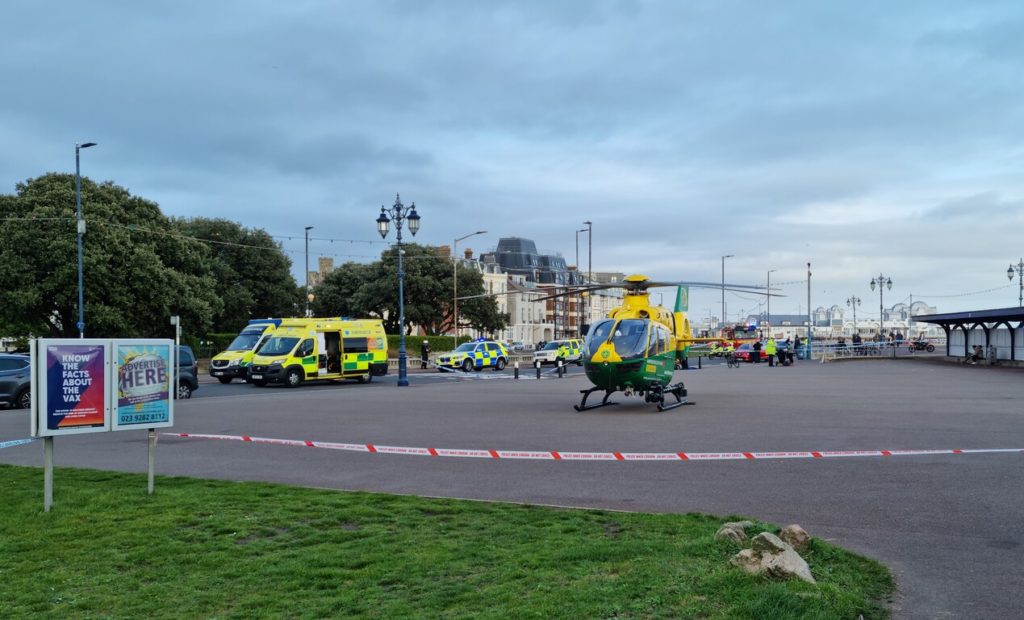 A spokesperson from HIOFWRS said ‘One fire engine from Southsea and a response support vehicle from Cosham attended at 02.29 pm following a RTC and assisted police and ambulance colleagues.’

Hampshire police earlier released this statement ‘We are currently in attendance at a serious collision involving a motorcycle and pedestrian on Clarence Esplanade, Portsmouth which happened at around 02.15 pm.

Crash scene investigators were seen obtaining evidence and using forensic equipment to photograph the scene and marking specific parts of the road to launch a full investigation into the circumstances of the collision.

His next of kin has been informed and is being supported by specialist officers at this time.