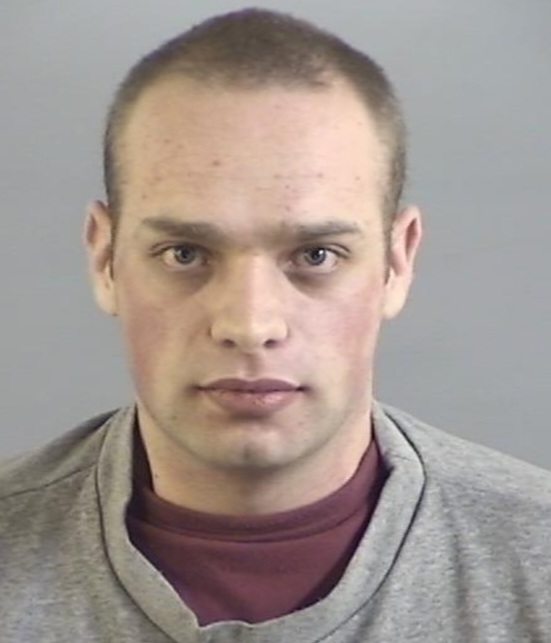 A man has been jailed for a total of 13 and a half years after being found guilty, and subsequently convicted, of committing a string of serious child sex offences between January 2005 and June 2012

The court heard how the 33-year-old, who was a local children’s martial arts instructor and children’s entertainer, had sexually abused three children on multiple occasions over a seven year period between January 2005 and June 2012 in the Wootton and New Milton areas.

It comes after one of the victims came forward when they were 12 years old, after a concerned parent found messages of an inappropriate nature between the pair on a family computer.

During the investigation, officers uncovered a further victim who came forward after being sexually abused at the hands of Oxborrow – and upon seizing his computer, specialist officers located indecent images of children on the devices.

The jury heard at an earlier hearing how a third victim reported being sexually abused by him when taking part in martial art classes and he was subsequently arrested and charged for these offences as part of the investigation.

Steven Oxborrow was yesterday (26 May) sentenced at Southampton Crown Court to a total of 13 and a half years in prison.

In addition, he was also ordered to serve an additional year on licence.

He was made subject to an indefinite Sexual Harm Prevention Order, with all three victims being granted Restraining Orders against Oxborrow for life, ensuring that he cannot contact them.

Steven Oxborrow was further required to sign the Sex Offenders Register for life.

Detective Constable Donna Kay from Hampshire Constabulary’s Amberstone Unit, said: “Firstly I would like to commend the bravery and courage of the three victims in reporting the abuse in the first instance, with each one showing maturity beyond their years and playing a vital role in securing justice.

“They were just children when Steven Oxborrow decided to take away their innocence – with the victims fearful at the time of abuse of getting themselves, and a man that they liked and trusted, into trouble.

“Oxborrow demonstrated that he was a very dangerous human-being in grooming his victims – and their parents – into a false sense of security as a supposed ‘respected’ person within the community who would not cause anyone any harm.

“As we now know, this can’t be further from the truth. We hope that today’s sentencing can provide the victims with a sense of closure and comfort that he can no longer harm them.

“We want to show you that no matter the circumstances, Hampshire Constabulary are committed to supporting survivors of rape and sexual assault and we will do everything we can to identify offenders and put them in front of a court.

“If you’ve been a victim, please report rape or sexual assault as soon as possible. Even if you’re not 100 per cent sure, we’d sooner hear from you so that we can make sure you’re safe.”

Operation Amberstone was set up in 2016 by Hampshire Constabulary as a dedicated team investigating serious sexual assaults and rape.

Police continue to invest in this area of work to reduce violence against women and girls, identify perpetrators and get justice for victims.

This includes the use of Specially Trained Officers (STOs) who are assigned to victims and support them throughout in partnership with victim services.

If you’re not ready to talk to the police just yet, that’s OK.  You can speak to a number of organisations in confidence and what you tell them won’t be shared with the police unless you ask for it to be – for more information please visit: https://www.hampshire.police.uk/advice/advice-and-information/rsa/rape-and-sexual-assault/support-for-victims-of-rape-and-sexual-assault/.