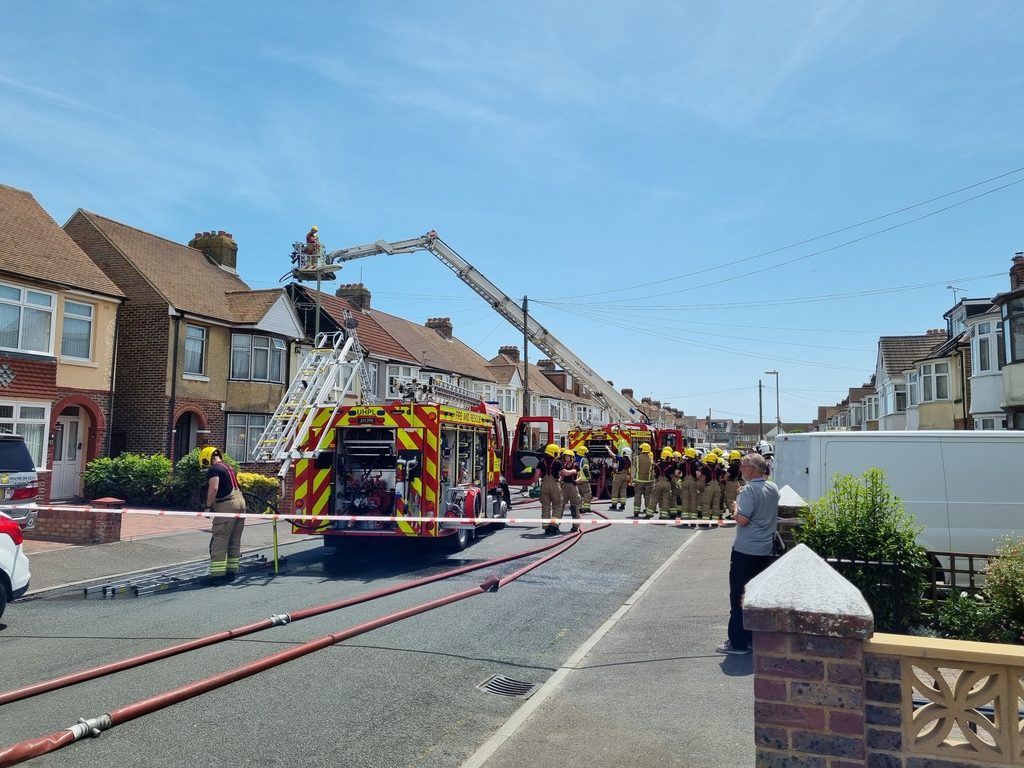 Crews from Gosport, Fareham, Southsea, Cosham and Portchester were called at 10.29am to a terraced property on Selsey Avenue.

Firefighters arrived to find the roof on fire and smoke issuing from the building.

The occupants were out of the two-storey property and nobody was hurt as the roof collapsed.

As well as tackling the fire, crews performed a salvage operation to save some of the belongings inside the house.

The fire was tackled by firefighters wearing breathing apparatus sets and using hose reels and jets.

HIWFRS conducted a number of Safe and Well visits at neighbouring houses before the stop message came in at 1.23pm.

The incident was scaled down so that only one fire engine and the aerial ladder remain in attendance.

Fire investigators are currently investigating the cause of the blaze but is not thought to be suspicious.