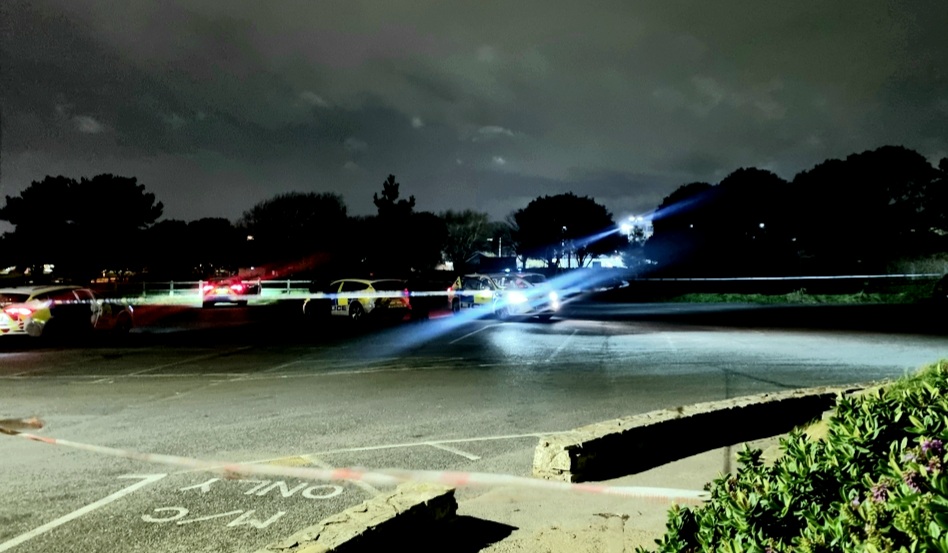 The incident occurred at around 5.10 pm Tuesday 1 February in the Canoe Lake Car Park Southsea.

Around ten police cars were seen in the car park with officers from Hampshire Constabulary placing a cordon and the east side of the car park.

It’s belived a car had pulled into the car park carrying two males and a female, the two males later got out the car arguing.

One of the males then pulled out what is understood to be a knife and slashed the other male across the neck, he then got back into the vehicle and drove off leaving the injured male on the floor.

Paramedics from South Central Ambulance Service were in attendance who treated the male for his injuries, he was later taken to hospital by ambulance for life saving treatment.

An eye witness who saw the incident unfold said:

” I was extremely scared for my own welfare when I saw the knife, I’m not sure why they was arguing but the male seemed very angry “

” I was in absolute shock when I saw him swing the knife at his neck it was very scary to see, I’ve never witnessed anything like this before and just hope the man is going to be ok “

Officers from Hampshire Constabulary will remain at the car park throughout the night and a high police presence will remain in the area.