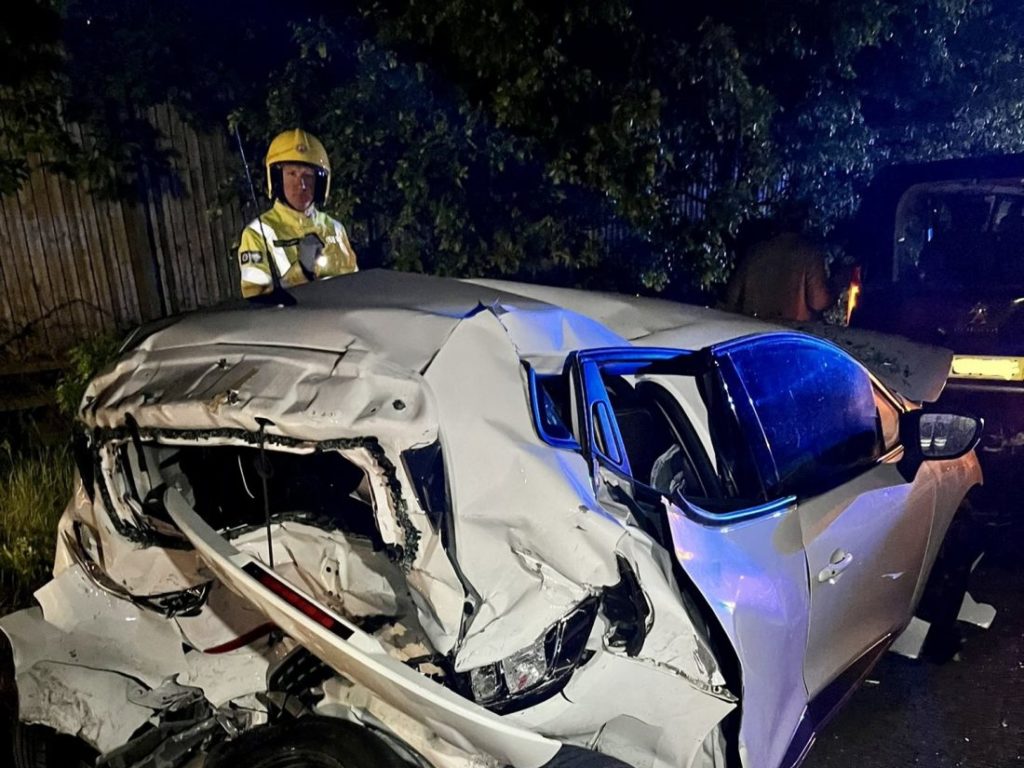 The incident involving two cars and one Light Goods Vehicle occurred at around 2.23am this morning near to Fleet Services.

Two crews were sent to the scene to tackle what was initially reported as a vehicle fire. 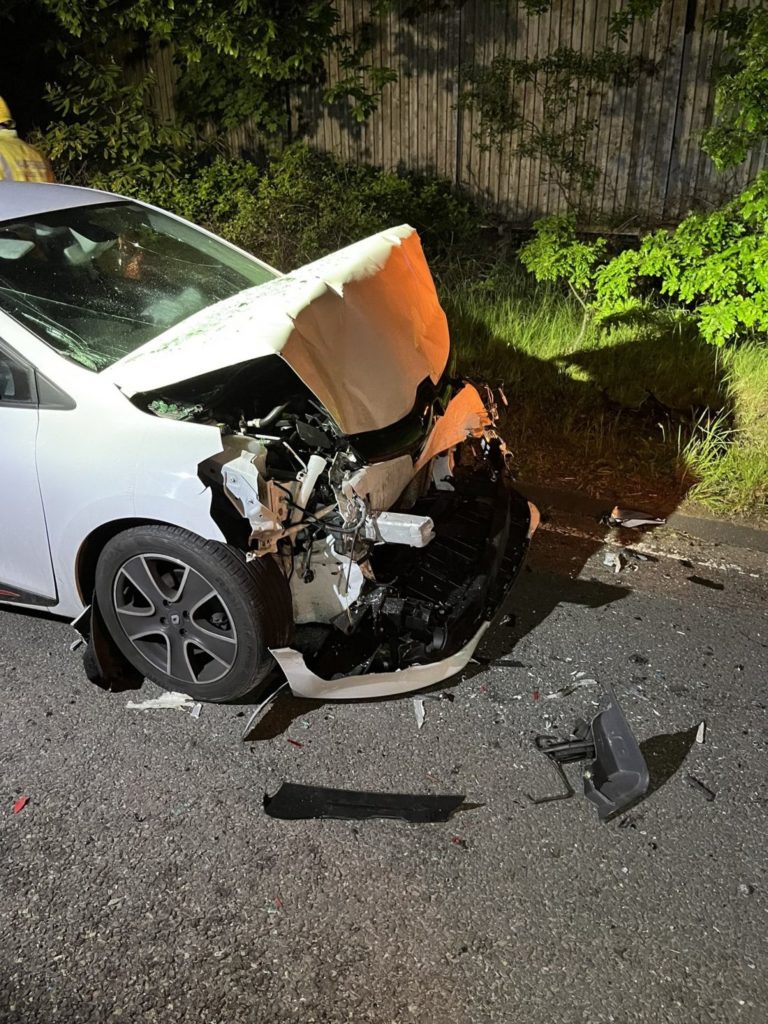 No casualties were trapped in the vehicles, but one man was given medical assistance. 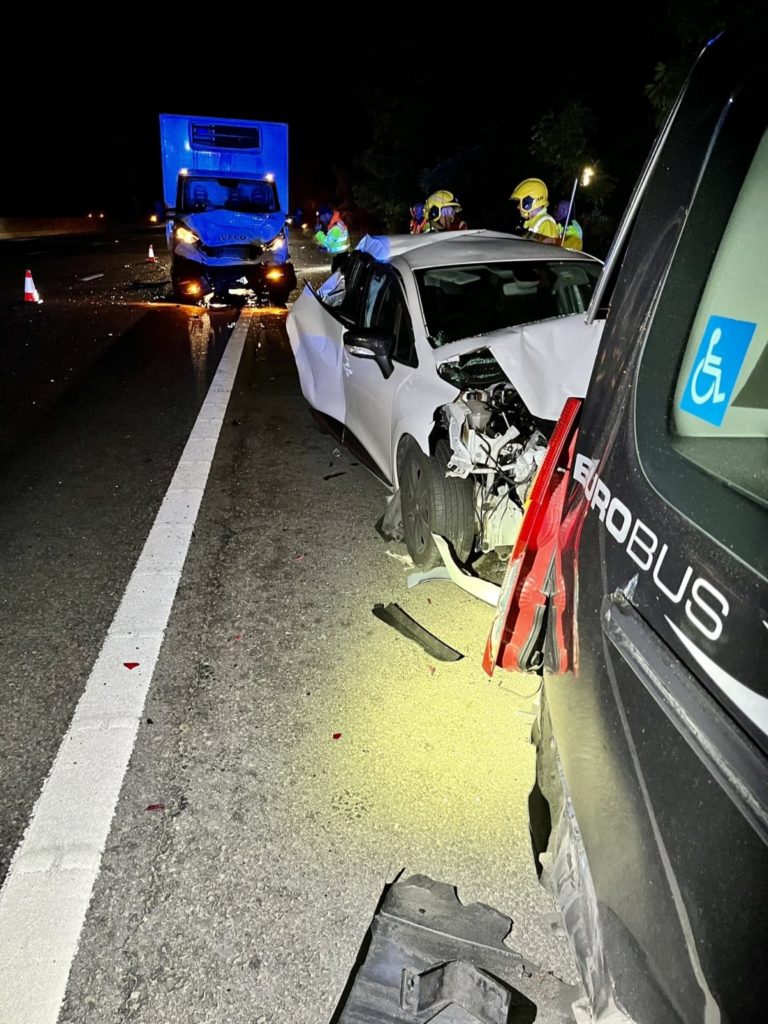 There was significant debris across the road which was cleared by firefighters.

The vehicles were recovered shortly before HIWFRS left the scene at 3.18am.