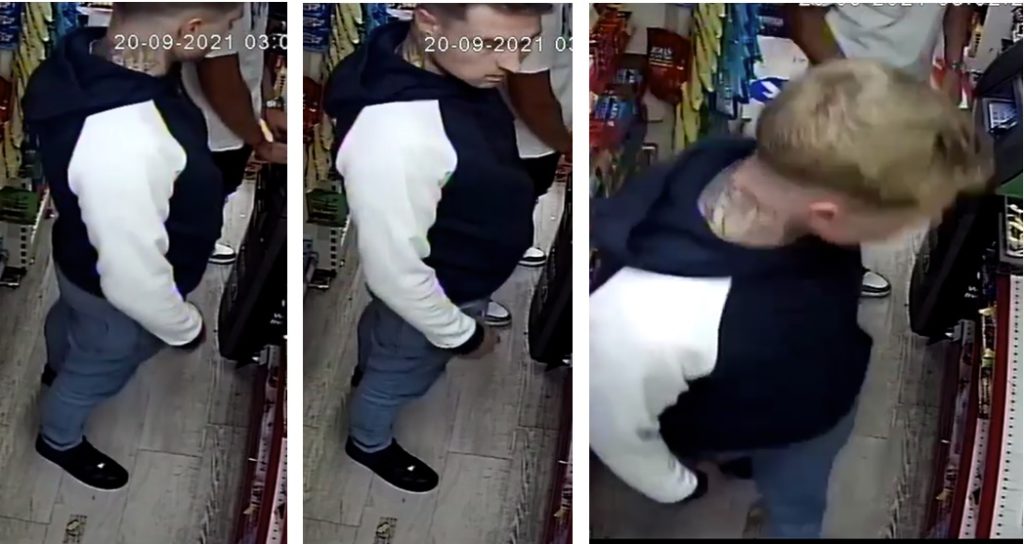 Do you recognise the man pictured? Police would like to speak to him in connection with a robbery that took place in September on Twyford Avenue.

Between 3am and 3.10am on Monday 20 September, a 21-year-old man was approached by a man who demanded that he go into Twyford News on Twyford Avenue and withdraw money.

The man followed the victim into the shop as he withdrew the money and then returned to the passenger side of a van that was parked outside, which is described as a large white Sprinter/Transit type van. The vehicle the drove away.

The victim was not injured.

Police have been following a number of lines of enquiry to locate the man involved and are now releasing these images to the public of a man we’d like to speak to, who was seen in the area at the time, in connection with this incident.

White Of medium build Short dark blonde/light brown hair Tattoos around the right hand side and the back of his neck, as well as on his right hand.

This could potentially be a large tattoo from his neck, down to his arm and hand.

Officer in charge of the case, DC Katie Reynolds said: “This is believed to have been an opportunist incident as the victim and suspect are not thought to have known eachother.

We are looking to trace the man pictured as it is believed he will be able to assist our enquiries.

“If anyone recognises him please get in touch via 101 quoting reference 44210377427. Alternatively, go online and submit information via the following form: https://www.hampshire.police.uk/tua/tell-us-about/cor/tell-us-about-existing-case-report/

“We would like to take this opportunity to remind people to be vigilant around anyone asking you to withdraw money. If you have witnessed anything suspicious please call us on 101. Call 999 if you ever feel in danger or if a crime is in progress.”