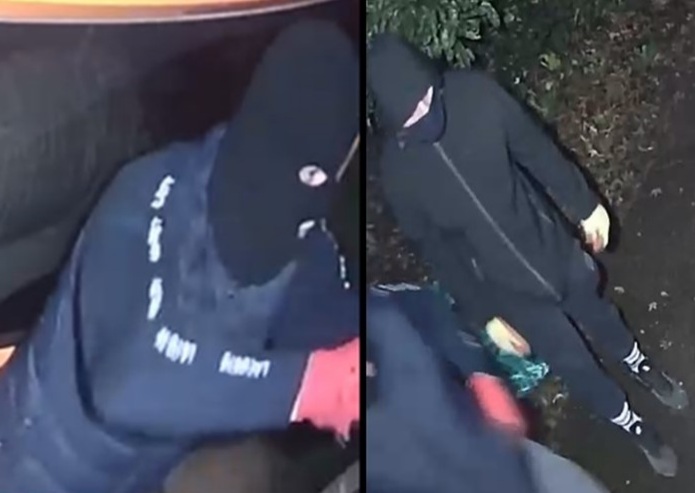 Do you recognise these people?

Officers have today (14 Dec) released images of two people that they would like to speak to in connection with a series of burglaries in Ringwood and Dorset.

It comes after a series of residential and business properties were broken into between 9pm on Sunday 12 December and 2.15am on Monday 13 December.

Officers have conducted initial enquires and are now fully investigating;

• An attempted burglary at a property on Ashley Close where two men were seen on CCTV trying to break into a garage at around 9.05pm on Sunday 12 December, but no entry was gained and nothing stolen.

• Two bikes – a dark Specialized Strom Jumper and a grey Trek Domane bike – were stolen from a garage on Parsonage Barn Lane at around 10.55pm on Sunday 12 December, before returning again at 11.45pm.

• The Vape Shop in Monmouth Court on Southampton Road was broken into and an untidy search conducted at around 2.15am with a number of vape units and liquids stolen as a result.

• A convenience store in Ashley Heath in Dorset was also targeted at around 11.10pm on Sunday 12 December but nothing was stolen.

Police appreciate that these aren’t the clearest pictures and that the two men have face coverings, but perhaps you recognise the distinctive clothing – with one man wearing a dark jumper with white writing down both sleeves.

Were you in any of these areas at the time? Did you see anything or anyone acting suspiciously? Perhaps you have CCTV footage or dash-cam footage at the times of these incidents?

Anyone with information relating to the above incidents is asked to call 101, quoting crime reference number 44210498385.

Alternatively, you can submit information to us online via this link https://www.hampshire.police.uk/tua/tell-us-about/cor/tell-us-about-existing-case-report/.

As a reminder to local residents, here is some crime prevention advice to help prevent them becoming a victim of crime during the Winter months;

• Use timer switches (available from most DIY stores) to switch on lights, radios while you are away from the home to make it look and sound occupied.

• Ensure you shut and lock windows and doors when you return home and settle down for the evening.

• Ensure you have used padlocks on the side gates to deny access to the rear of the property.

• Ensure your outside lighting is in working order (consider low level ambient light on a dusk to dawn sensor) this will activate even when you are not at home.

• Property mark belongings with your house number and postcode, keep a list of any makes, models and serial numbers. Take photos of jewellery. Register your items for free via the Immobilise website. Using this service will assist the police in returning property to the rightful owner should it be stolen.