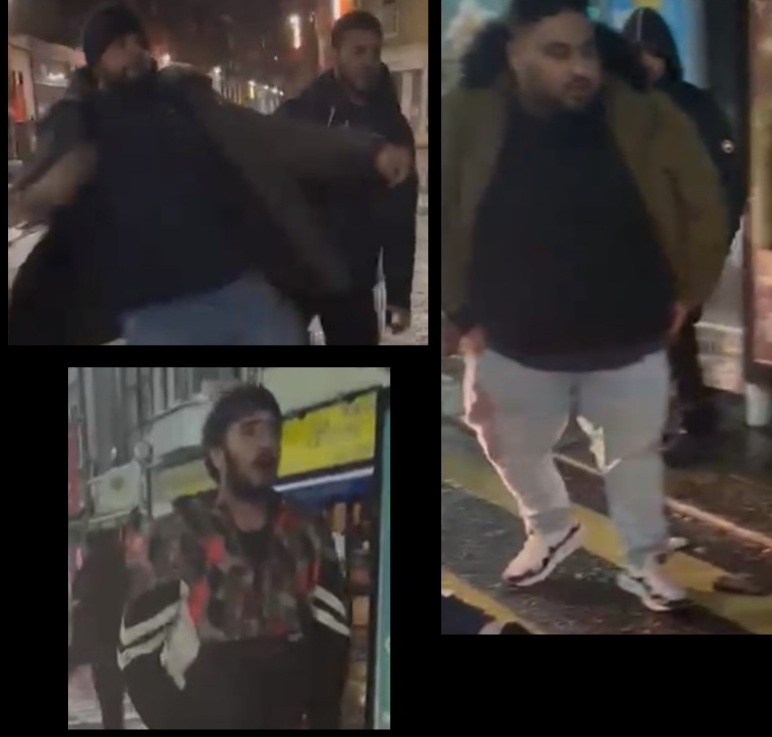 Police have released three CCTV images of men they want to speak to following an assault in Southampton.

The incident happened at around 4.50am on Sunday 5 December outside the Four Your Eyes Only nightclub on the High Street.

The victim, a 46-year-old man, was punched and suffered a head injury as well as a bruising and cuts.

The men are described as;

• An Asian man aged early 20s to early 30s, approximately 5ft 11ins tall, average build and was seen to be wearing a jacket with a colourful hood, a cap and blue jeans.

• An Asian man aged 25-30, approximately 5ft 11ins tall, average build and dark short hair. He was wearing black jacket with a branded logo on the sleeve and black jeans.

• An Asian man aged 25-30, approximately 5ft 11ins tall and average to large build. He was seen wearing blue jacket with a fur hood and a woollen hat, with a navy jumper or hoody underneath the jacket and white trainers.

Police appreciate that the images are not the clearest, but do you recognise the men in the CCTV? Do you have any information that could help the police appeal? Were you in the area at the time?

If you have any information police would urge you to call 101 and quote crime reference number 44210487464.

Alternatively, you can go online and submit information via this link https://www.hampshire.police.uk/tua/tell-us-about/cor/tell-us-about-existing-case-report/.