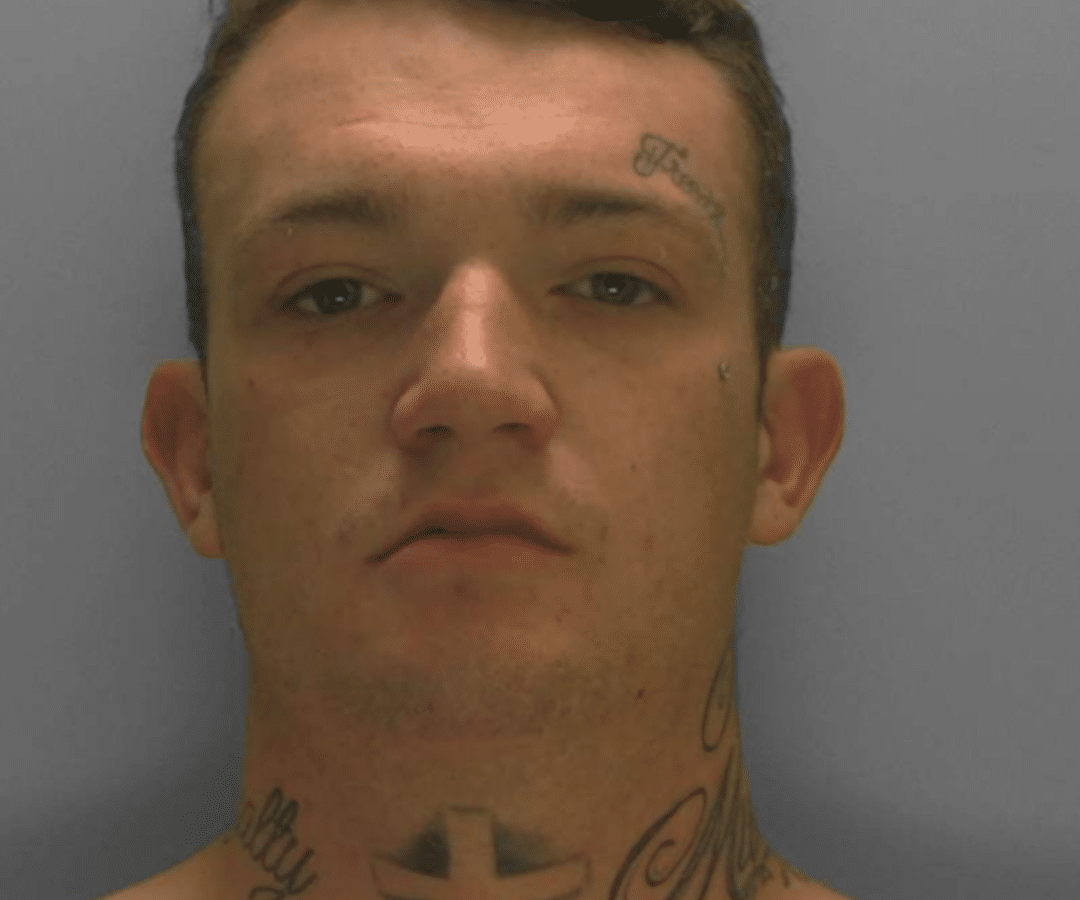 Police are searching for Liam Ashton, who is wanted in connection with an attack on a woman in June that left her with significant facial injuries.

Ashton, 29, of Corbishley Road in Bognor Regis, was charged with causing grievous bodily harm on June 24 after a woman reported being violently assaulted, requiring multiple stitches and medical attention.

He was remanded, but on July 24 was released on conditional bail and fitted with an Electronic Monitoring System.

He has since breached the conditions multiple times and is now wanted for arrest.

Ashton is described as being between 6’4” and 6’7” tall, white, of proportionate build and with short, brown hair and blue eyes.

On his left arm he has tattoos of a tiger head, on his left hand has tattoos with the words ‘dad’ and ‘stars and pattern’ and his left wrist has the letters ‘JB’ in purple font.

On his right arm is a tattoo of the word ‘mum’ and a tribal pattern. He also has distinctive facial and neck tattoos.

It is understood he has ties to London, Hampshire and Sussex addresses.

“We understand he may be staying with various people around south east England and it should be made clear that, if these individuals are willingly harbouring Ashton in the knowledge that he is wanted, they will be subject to arrest for assisting an offender and will be investigated as such.

“Anybody who sees Ashton, or has any information as to his whereabouts, is asked not to approach him, but to contact their local police force on 101.”