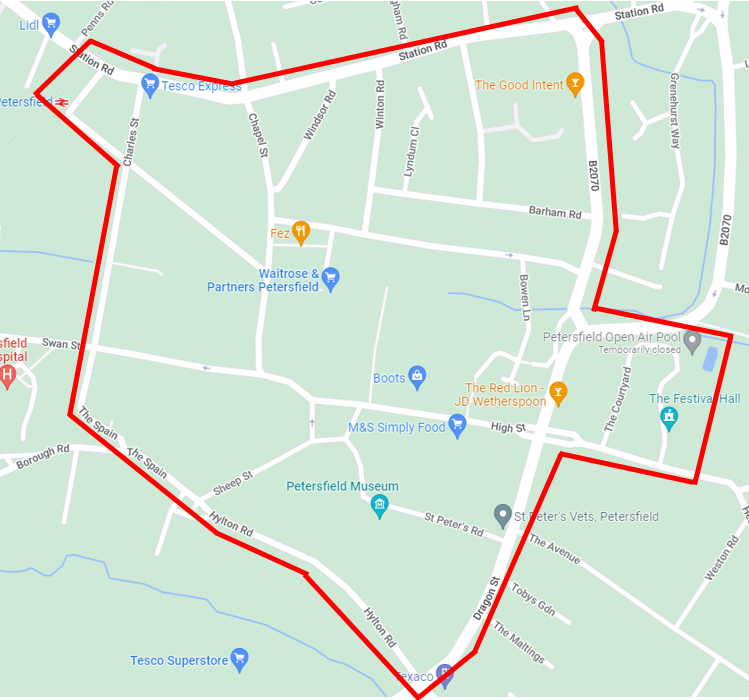 Yesterday (Friday, 29 April) officers from Petersfield’s Neighbourhood Policing Team set up a dispersal order as part of a clamp down on anti-social behaviour in the town centre.

The order is in response to further reports of anti-social behaviour in the area. Officers have authorised the order to help tackle these issues and keep communities safe.

It will cover areas including Petersfield Town Square, and the area bordered by Station Road, Charles Street, The Spain, Hylton Road, Dragon Street and College Street.

The order gives police the power to disperse people involved in anti-social behaviour in the area.

It also gives officers the power to seize anything used in the commission of anti-social behaviour.

Sergeant Jason Holford from Petersfield’s Neighbourhood team said: “We know anti-social behaviour and associated crime has a negative impact on those who live, work and visit the area and it is simply not acceptable.

“Tackling anti-social behaviour remains one of our priorities which is why we have set up a dispersal order to run throughout this weekend to help us further tackle these issues, ensuring Petersfield remains a safe place for all.

“The order has been authorised to run for 48 hours from 7pm today, Friday, 29 April until 7pm on Sunday, 1 May and covers the areas shown in the map.

“Officers will be conducting high visibility patrols throughout the weekend. If you have any concerns or information please don’t hesitate to stop and speak to them.”

Anyone who witnesses any anti-social behaviour should call us on 101 or report online at https://www.hampshire.police.uk/.

If a crime is in progress always dial 999.