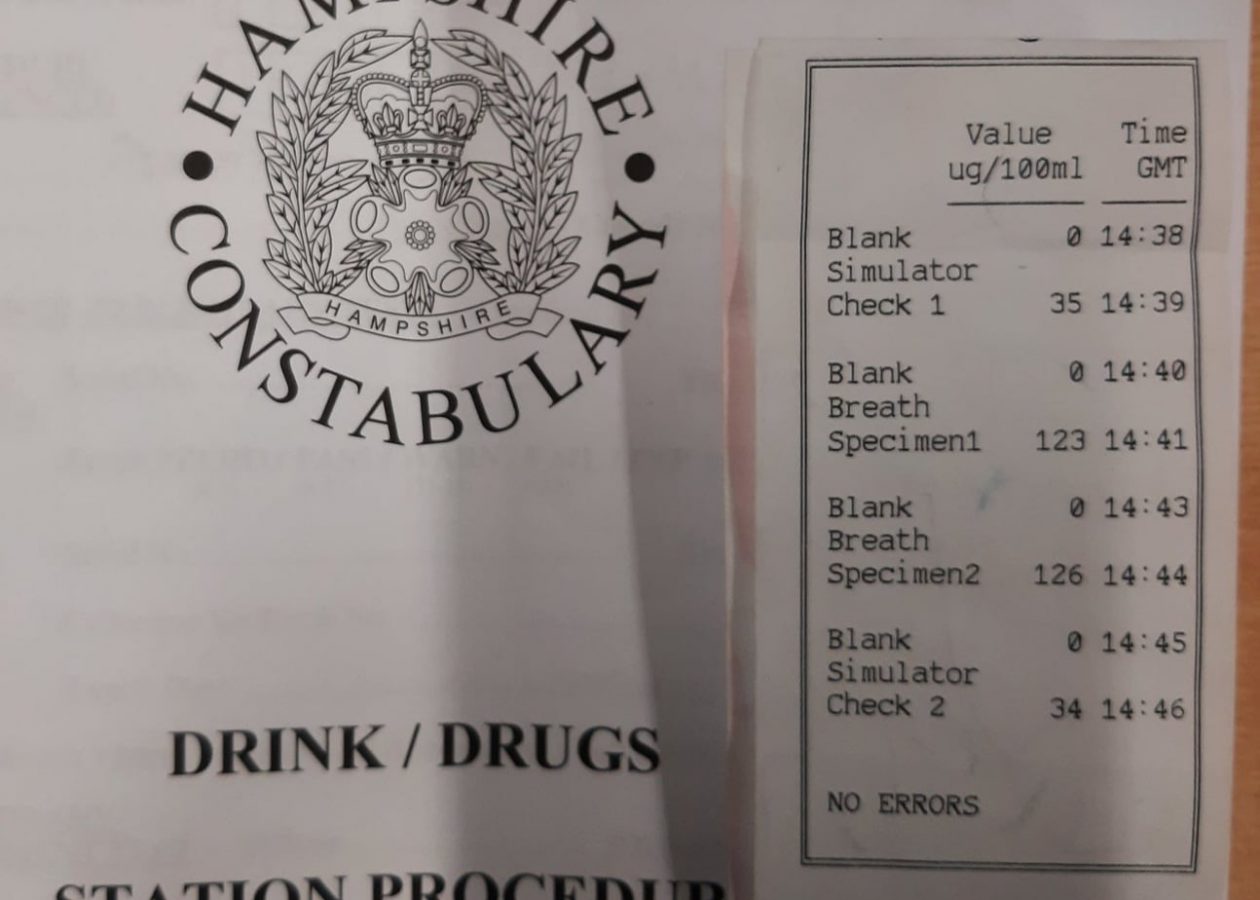 Police were called following reports that a driver had been seen driving into cones at a car park in Hedge End at 1.00 pm earlier today 5 November.

Quick thinking members of the public took swift action to remove the keys from the offending vehicle after believing the driver was intoxicated.

On arrival of police the driver was breathalysed and arrested after blowing 121 at the roadside.

The driver later provided an evidential sample in custody and blew 123.

The driver remains in custody at this time.