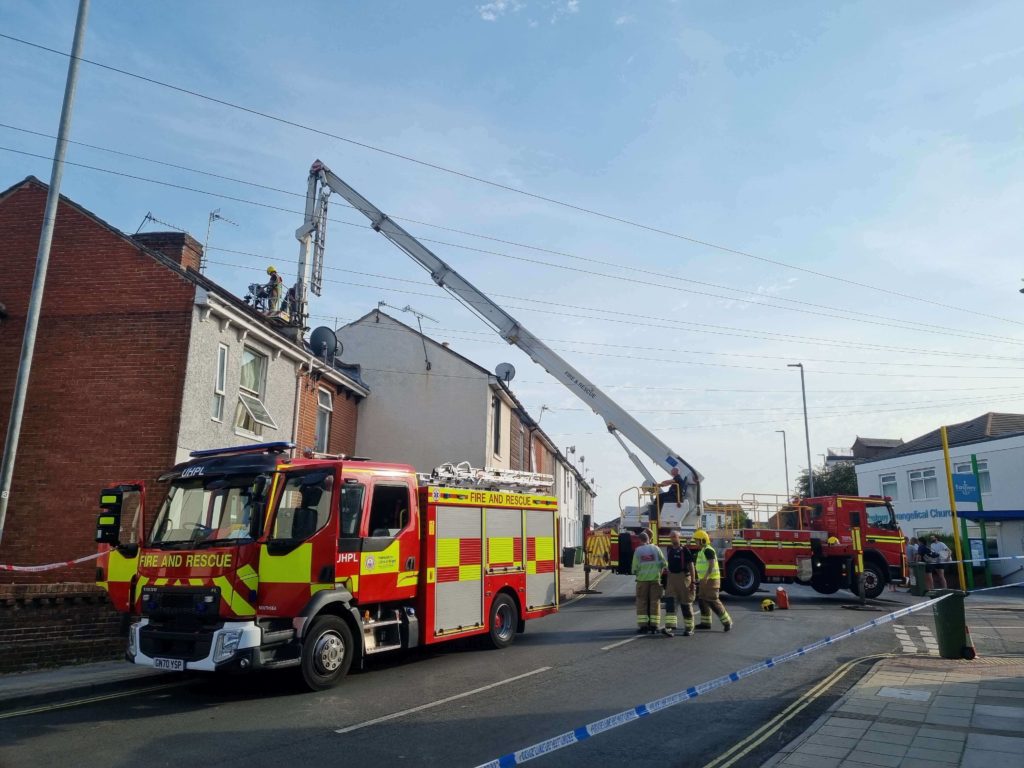 Firefighters were scrambled after reports of a roof that had collapsed shortly before 3.50pm, on arrival firefighters found the roof had collapsed causing significant damage to the property. 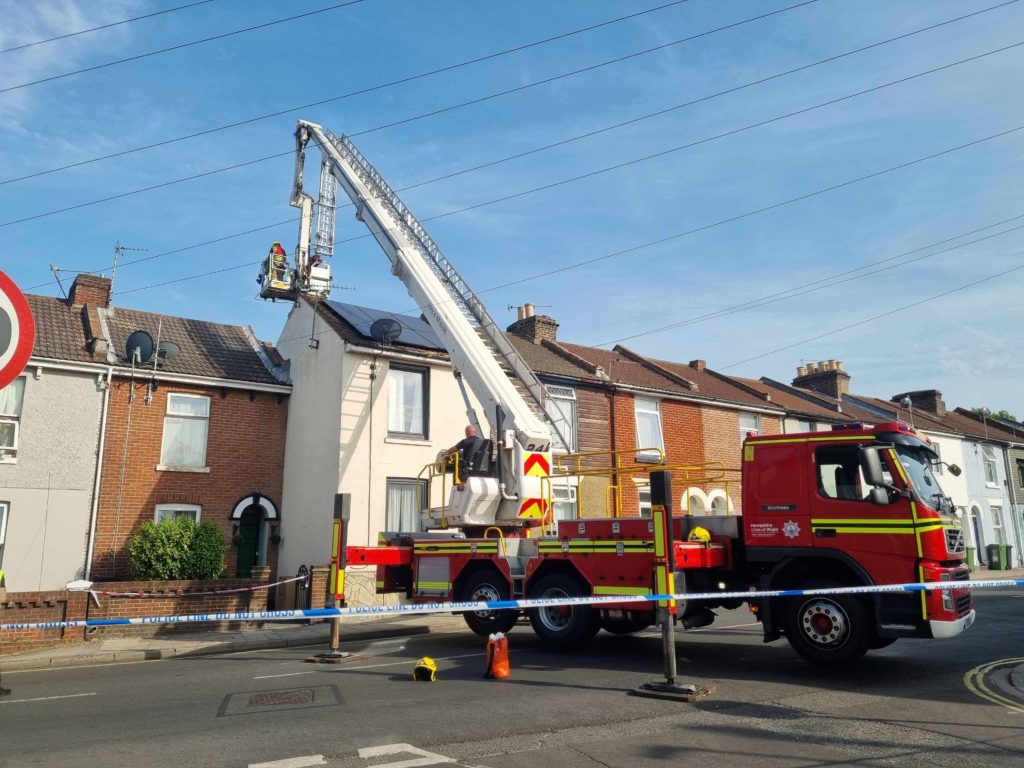 Police closed the road between the junctions of Henderson Road and and Landguard Road, nearby residents were evacuated from their properties who took shelter at Eastney Evangelical Church across the road.

Crews from Southsea and Cosham were in attendance to the incident along with Paramedics from South Central Ambulance Service and Police.

Two appliances from Southsea remained at the property whilst crews used an aerial ladder platform to check the structure of the property, it’s believed that the roof had fallen through following the collapse of a supporting wall.