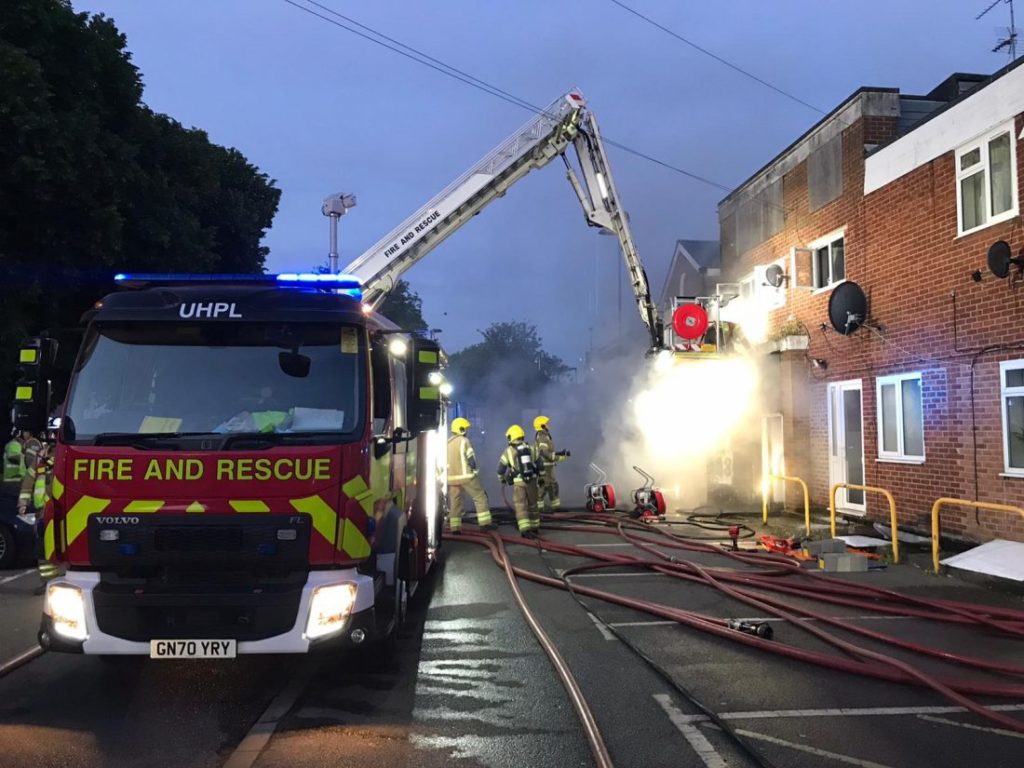 Firecrews from St Mary’s, Hightown and Eastleigh were mobilised to a garage and flat fire in Southampton in the early hours of Thursday morning

Smoke could be seen coming out of the roof as they arrived.

Crews tackled the blaze, thought to have originated in a storage garage, and spread to the flat above. Firefighters worked to keep the blaze from spreading to the adjoining flats.

“Crews worked very hard and diligently to put out the fire, and as a result kept the fire contained to the garage and single flat, and stopped it from spreading to other flats.

“We worked alongside the Police, SCAS and Red Cross to manage the scene and provide support.”

One resident self evacuated from the first-floor and was handed over into the care of paramedics.