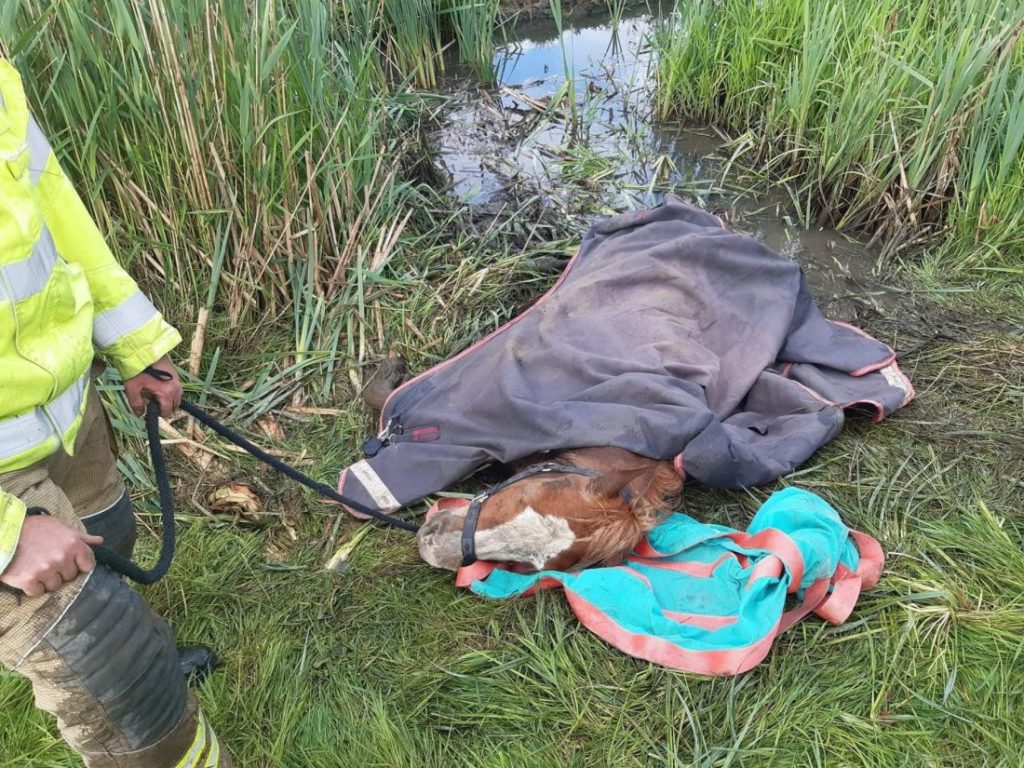 Paddy the horse found himself in a spot of bother when he got stuck in a marsh.

Firefighters from Beaulieu, Odiham and Winchester came to the eight-year-old pony’s rescue, alongside a HIWFRS animal rescue advisor.

A vet was on hand to sedate Paddy before the team released him and returned him to his owner for a feed and a warm shower.