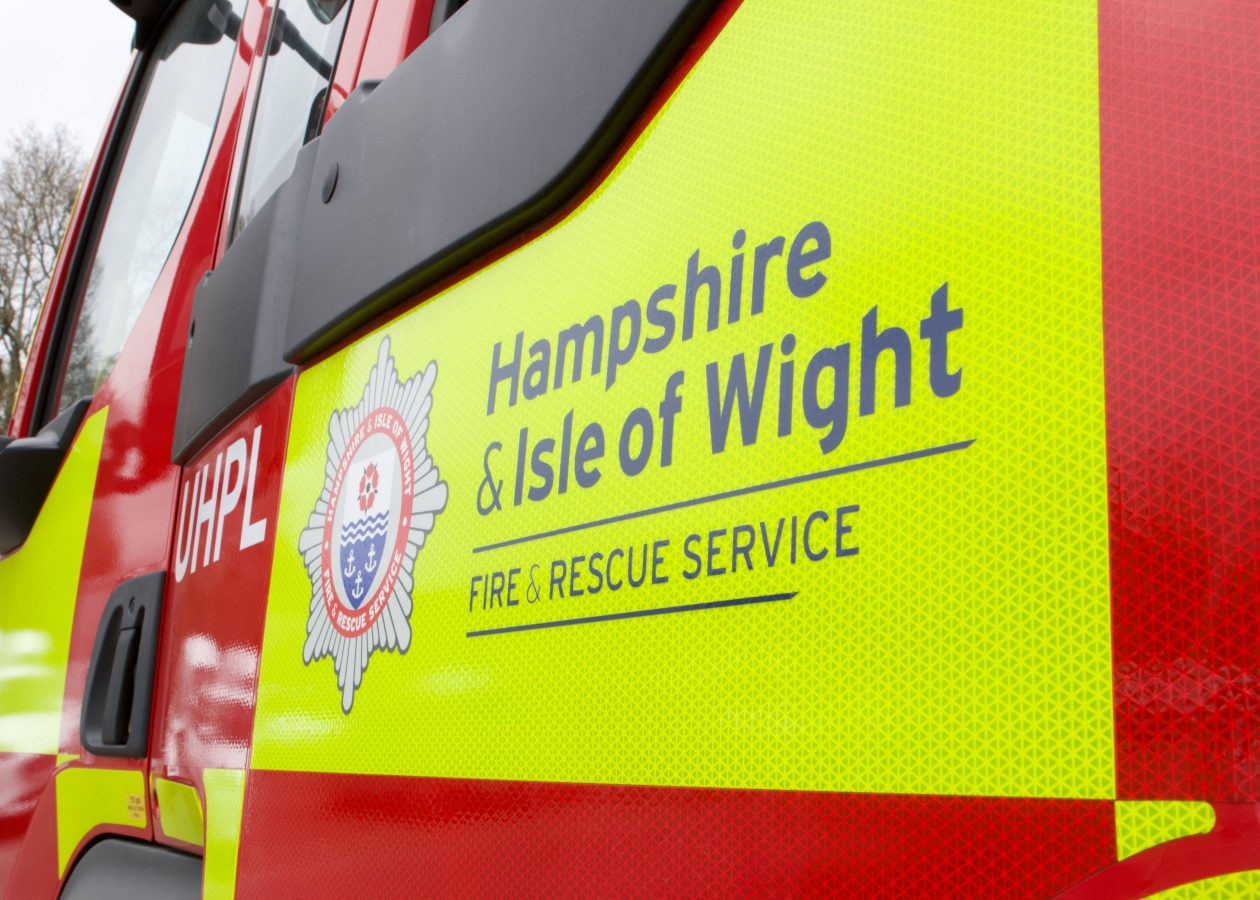 A blaze has broke out at the derelict Grand Hotel in Sandown, Isle of Wight this evening Sunday 9 January.

Hampshire & Isle of Wight Fire and Rescue Service are in attendance at scene with 2 appliances from
Sandown and Shanklin.

Firefighters are currently working to extinguish the fire, after flames have been seen coming out of the windows of a former apartment block to the rear of the main hotel.

Smoke can be seen evidently along Culver Parade between Sandown and Yaverland.

It’s belived that members of the public at the neighbouring properties alerted the fire service to the developing situation.

Concerns come after a previous fire in October  2021 as it appears to be suspicious in nature, given that the site is derelict.