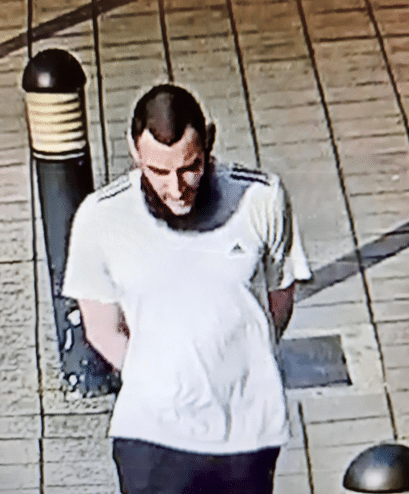 Have you seen missing Benjamin Miles-Worsfold?

The 34-year-old was last seen at around 6pm on 4th August, on Brintons Terrace in Southampton.

He is believed to still be in the Southampton area.

Benjamin is described as being white, around 6ft tall, with a medium to heavy build, he has a large black beard and dark brown hair.

He was last seen wearing a white Adidas t-shirt and black tracksuit bottoms with stripes on them, as in the picture.

We appreciate the image isn’t very clear, but are hopeful someone might still recognise him if they see him.