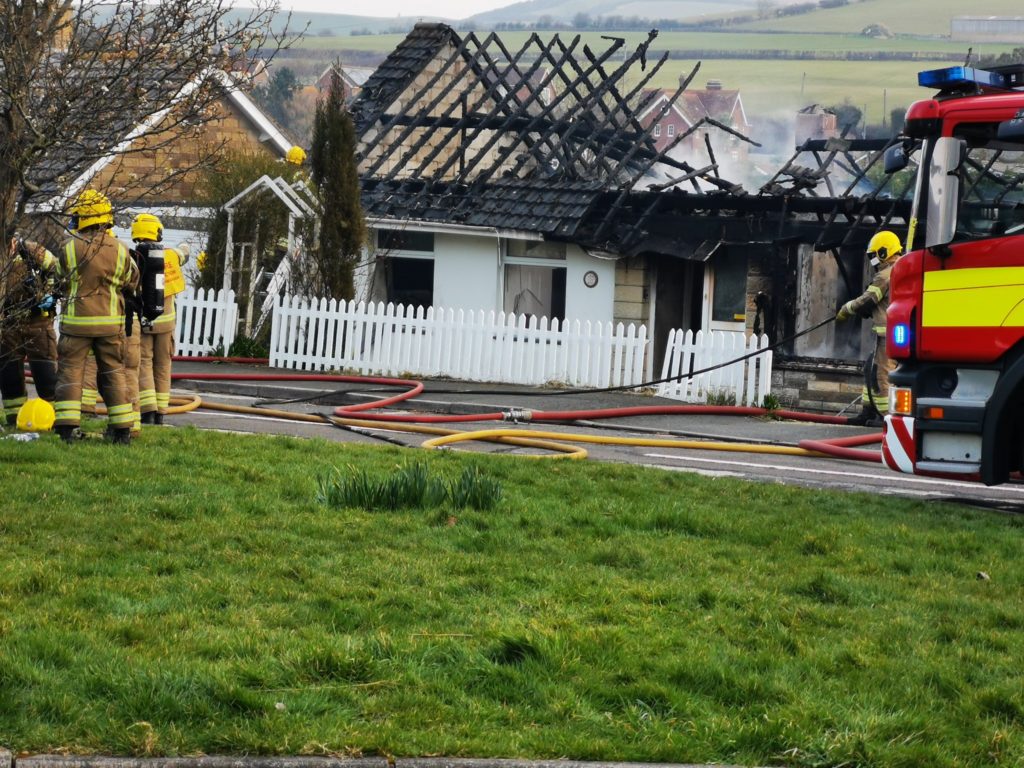 Isle of Wight firefighters were mobilised at 7:44 this morning to a bungalow fire on Bannock Road in Whitwell

The occupant was out of the property but lots of smoke was emanating from the front door. 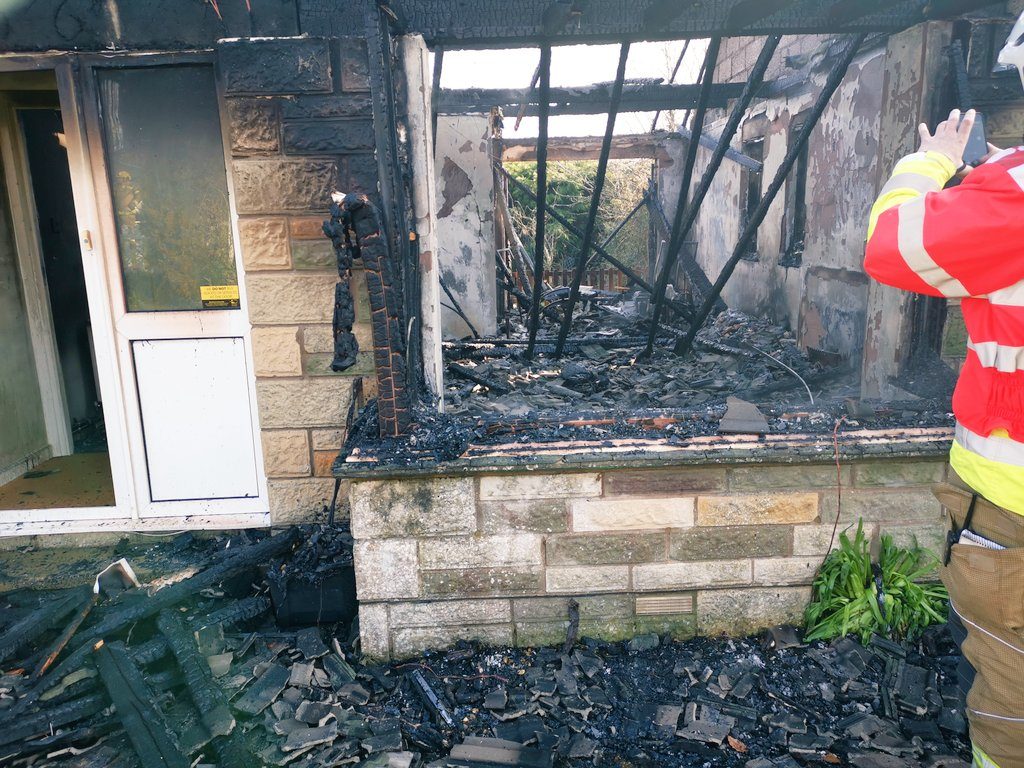 Crews from Shanklin, Newport, Ryde and Sandown arrived to find the property fully engulfed in the blaze.

The occupant was treated with oxygen and handed into the care of Isle of Wight Ambulance Service paramedics.

The bungalow suffered 80% damage from the fire which was extinguished using six sets of breathing apparatus, two hose reels and three jets. 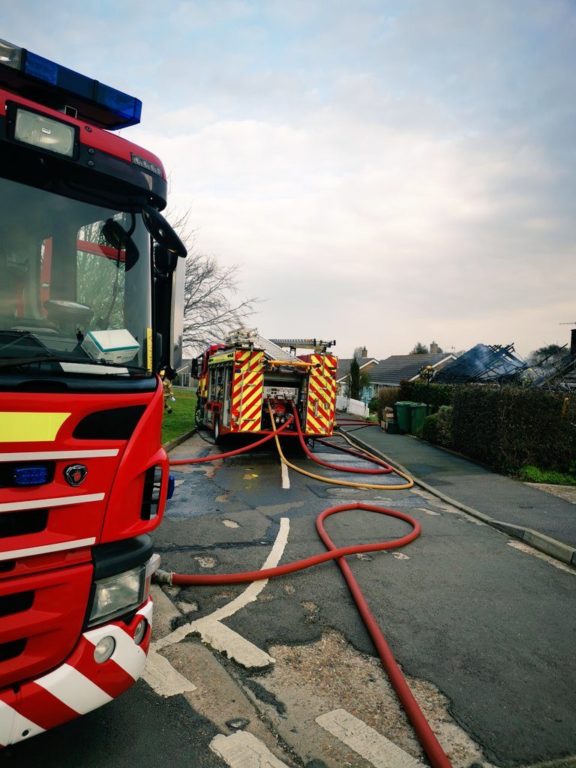 The incident is now being scaled down to one fire engine following the stop message at 9:41.