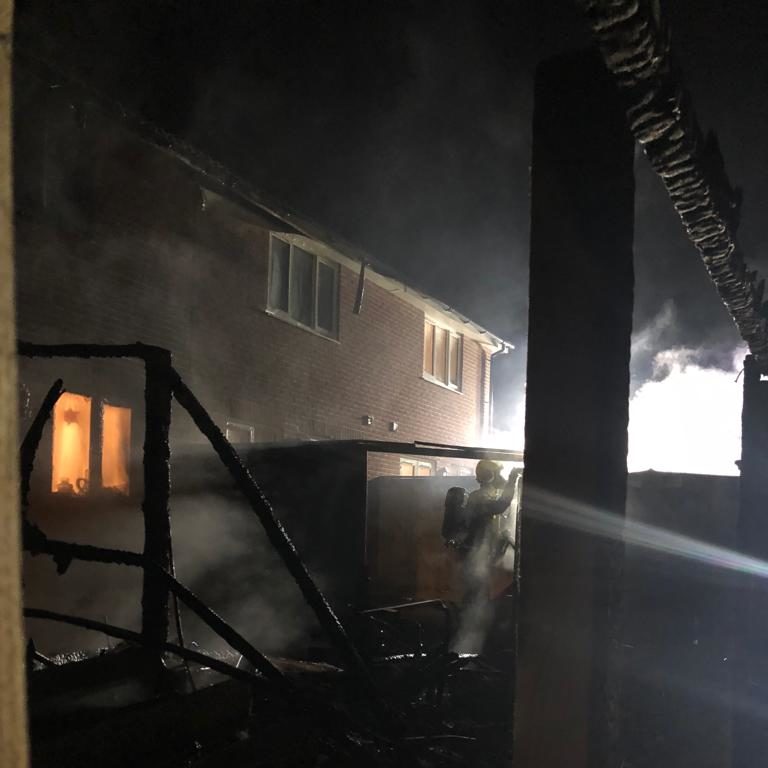 Firecrews mobilised to blaze in gardens of two neighbouring properties, after HIWFRS received 11 calls at around 00:44 Thursday morning.

The fire affected the façade of five residential properties but did not spread to the inside of the homes.

“Due to the great and fast work from crews, the fire spread only within the garden areas, affecting the outbuilding sheds, and did not reach the inside of the terraced properties nearby.

I want to thank our crews for their fast and effective work to avoid fire spread.”

No persons were involved.