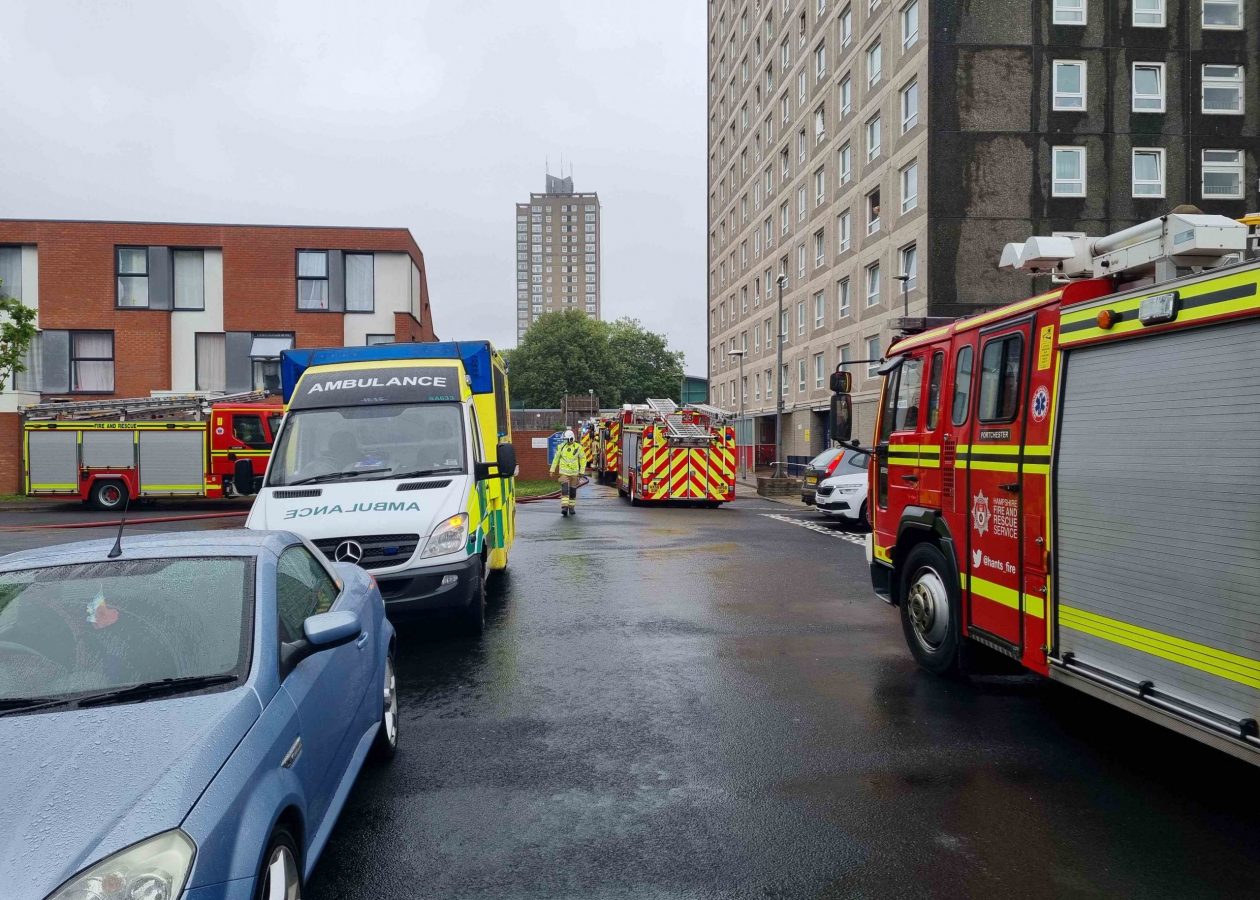 A Pensioner has been rescued and taken to hospital after fire crews were called to a fire in a high-rise block.

Crews were seen assiting the pensioner in a wheelchair leaving Tipton House, in Warwick Crescent, Southsea, Portsmouth. Paramedics from South Central Ambulance Service also attended the
incident, which was cleared as of 5.20pm.

The 75-year-old resident from the flat was taken to hospital for smoke inhalation.