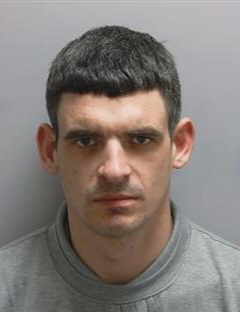 ·        Assault by beating of an emergency worker

·        Assault by beating of an emergency worker

The court heard that at around 1.50am on Friday, 28 January, officers saw a white Mini Cooper, known to be stolen and using false plates, at the Shell Garage in Wichers Gate, Rowlands Castle.

As officers approached the car, Parker reversed the mini cooper into the police car and drove off.

A police pursuit ensued during which Parker threw items including cans of drink out of the mini cooper towards the police car before stopping abruptly on Middle Park Way and reversing into the police car for a second time.

Parker was detained at the scene and subsequently charged with ten offences.

Appearing at Winchester Crown Court yesterday, Thursday, 21 April, Parker was sentenced to a total of two years and six months in jail and disqualified from driving for 39 months.

Parker also admitted to being responsible for 17 other crimes including theft of motor vehicle, theft from motor vehicle and driving offences. These were taken into consideration by the Judge when passing sentence.

“Knowing he was committing a number of offences, he put officers and members of the public at risk of serious harm to evade arrest.

“I hope this sentence demonstrates our commitment to pursuing offenders and bringing them to justice.”