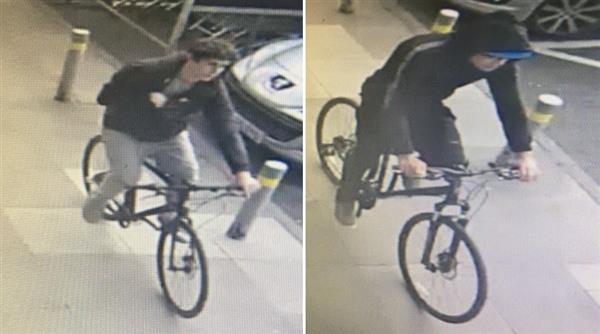 ​On Tuesday 19 April sometime between 2pm and 2.20pm an electric bike was stolen from outside of the Marks and Spencer’s store at Wellington Retail Park on Hambledon Road.

​The bike that was taken is described as a black Ancheer electric folding bike with 20 inch wheels and white writing on the frame.

The bike is described as having a light fitted onto the brackets of the carrier and a light on its front mudguard. It also has a black flashing light fitted to the stem of the saddle.

​Police have this image of two people who were seen in the area at the time who they would like to speak to in connection with this incident.

Police would like to hear from anyone who recognises the two people pictured or may have seen anything suspicious in the area at the time.

​Officers would also be keen to hear from anyone who may have any information about the bike described. The second image shows a white version of the bike that was taken. The stolen bike is described as identical, except that it is black instead of white. 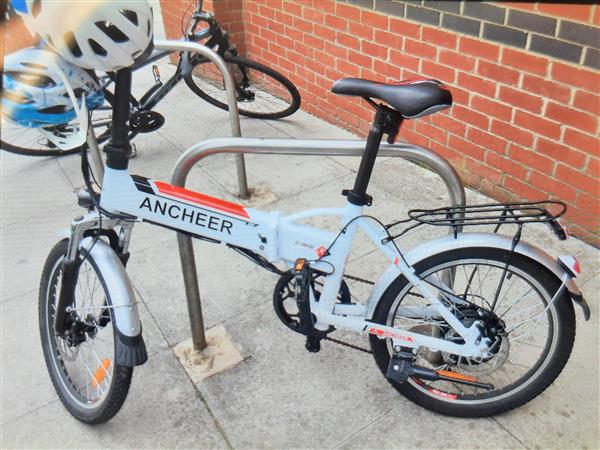 Anyone with any information that may assist police enquiries is asked to call 101 quoting reference 44220153115. Alternatively, go online and submit information via the following form: https://www.hampshire.police.uk/tua/tell-us-about/cor/tell-us-about-existing-case-report/