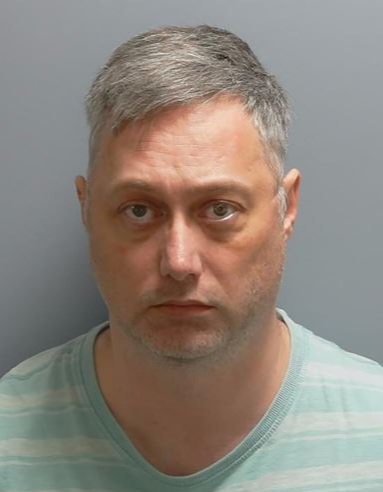 A man has been jailed for raping a woman in Fareham

John Sommerville Taylor Horne, aged 39, was charged with two counts of rape and one count of assault occasioning actual bodily harm after he attacked the woman, aged in her 20s, on the footbridge that crossed over Western Way, close to Fareham train station.

The woman had told police that she left Slug and Lettuce in the town at around 1am on 19 March, before walking along West Street when a man she did not know approached her.

She was then threatened by the man before he assaulted and raped her on the bridge.

Horne, of Broadacre Place in Fareham, admitted the charges when he appeared at Portsmouth Crown Court on Monday 25 April.

Appearing at the same court today (Wednesday 25 May), he was sentenced to 9 years in prison and will be subject to notification requirements for the rest of his life.

Through a victim impact statement read to the court, the woman in this case described how the attack had not only changed her life, but the lives of those around her including her family and friends.

In the same statement, she showed her incredible bravery by acknowledging that she will be stronger than before.

She said: “I know for a fact that I will come out of this stronger and although I will never be back to my normal self, I will get better because of the amazing support around me from friends, family, work colleagues and the police.

I cannot thank them enough.”

Sentencing Horne, His Honour Judge Shepherd commented on the prolonged and sustained course of sexual violence involved in the offences, and the impact this has had on the young woman and the wider community.

He said: “You have robbed this young woman of what should have been a care-free and safe young adulthood.

“Your actions, your attack, not only has had the most devastating effect on [the woman], who showed such bravery in stark contrast to your cowardice – you have caused every young woman both at that time and now to feel the need to look over their shoulders, to take precautions, to change behaviours.

“All because you decided to attack. But it’s not women that need to change their behaviour, it is attackers such as you.”

“This was a truly awful crime that has had a significant impact on the woman involved.

“I want to commend her for the bravery she has shown. The fact that Horne is now in prison is testament to her courage in speaking out and assisting police with this investigation.

“No one in our community should ever be in a position where they do not feel safe walking the streets. For someone to be targeted and assaulted in this way is abhorrent and will never be tolerated by police.

“The Operation Amberstone team works incredibly hard to target perpetrators of rape, and provide specialist support to survivors who have been affected.

“We want our communities, and survivors of abuse, to know that we stand with them and will do everything in our power to bring offenders to justice.

“Horne is an evil and predatory man. It is clear that his actions shocked the community, and I hope residents are reassured that officers worked tirelessly to put this man behind bars where he belongs.”

If you have been affected by sexual abuse, you can report this to police in confidence by calling 101.

Not everyone who has experienced this type of abuse has the confidence to report to police. There are support services out there that can offer help to you, completely independent of the police, should you need support. For more information on where to seek support, or how to make a report to police, please visit our website: https://www.hampshire.police.uk/advice/advice-and-information/rsa/rape-and-sexual-assault/

Police would also encourage our communities to make use of the Home Office StreetSafe tool, which was launched in September 2021.

StreetSafe is not a tool to report crime, but instead enables people to report specific concerns or environmental factors that make them feel unsafe in their neighbourhood. This could be poor street lighting, abandoned buildings, or areas where certain individuals have behaved in a way to make you feel intimidated, for example.