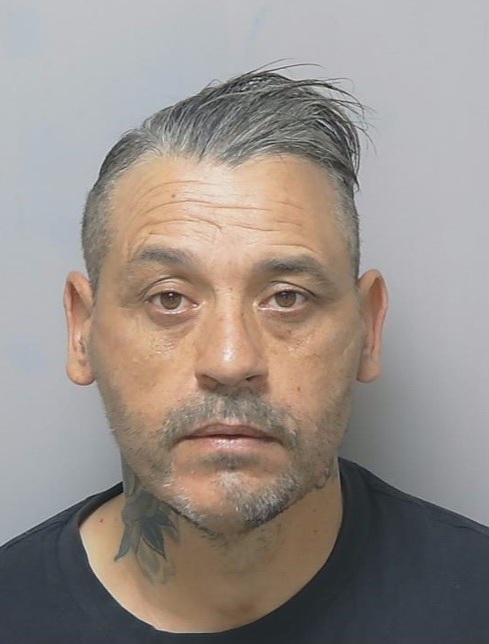 A Portsmouth man has been sentenced to ten and-a-half years in prison with an additional five year license period for sexual offences, including rape, which took place in 2018

The court heard how the victim, who is a woman in her 40s, had previously been in a relationship with Cosgrave in 2018 and reported him to the police for other matters – including burglary and harassment.

Cosgrave was arrested at the time and two mobile phones were seized from him and examined.

Detectives found a number of videos on the phones that showed what appeared to be a number of sexual assaults.

Identification enquiries were carried out by officers and confirmation provided by the victim that she was the person in the footage.

Cosgrave was subsequently charged with the offences, to which he pleaded guilty, and he has now since been sentenced to ten and-a-half years in prison with an additional five year license period.

Detective Constable Vicki Bousfield and Detective Sergeant Beth Marshall, who led the investigation, said: “First and foremost, we would like to praise the victim for her bravery by coming forward and reporting these offences to police.

“Without her courage we would not have secured this conviction and sentence today. We hope that this result has provided her with some element of closure, knowing that Cosgrave will now serve a long time in prison as a result of his actions.

“We hope that this sentence also sends a message to anyone who has been the victim of sexual assault and rape that you can report it to us and we will take it seriously, no matter how much time has passed.

“We take allegations of sexual offences incredibly seriously, and do everything in our power to support victims and bring perpetrators to justice. We also work closely with a number of support agencies who provide specialist help to those who need it.

“Anyone who has been affected by this type of crime is encouraged to contact police on 101 where you can speak to a specially trained officer in confidence. We understand not everyone is comfortable talking to police, but please know that there are other independent support agencies out there that can provide you with the help you need.”