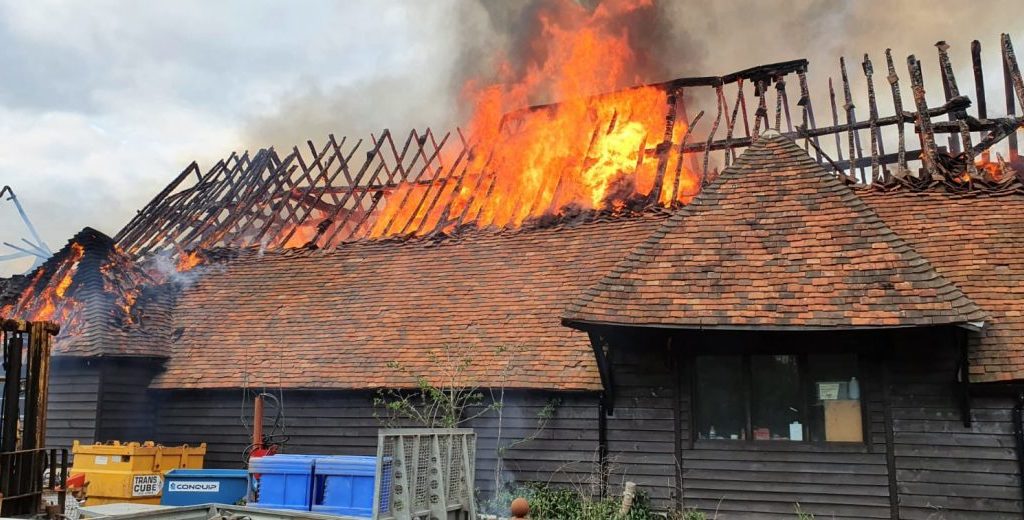 Crews from Basingstoke, Fleet, Rushmoor, Whitchurch and Winchester along with specialist vehicles from Eastleigh, Alton and Andover were called to the scene shortly after 6pm yesterday evening

A large smoke plume was visible as crews approached the scene.

There were no casualties involved and nearby farm animals were removed from the vicinity of the blaze.

Crews worked to remove a number acetylene cylinders from the fire before they were cooled and made safe. 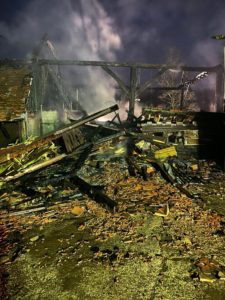 Relief crews from Havant, Cosham, Hartley Wintney, Hightown and Bordon attended the incident throughout the night, allowing the firefighters who were first on scene to return to station.

The stop message came in more than 12 hours after the first call, at 6:23, before HIWFRS left the scene.

A crew will return this morning to inspect the scene, checking for remaining hotspots, and fire investigation officers will also attend the incident ground to ascertain the cause.