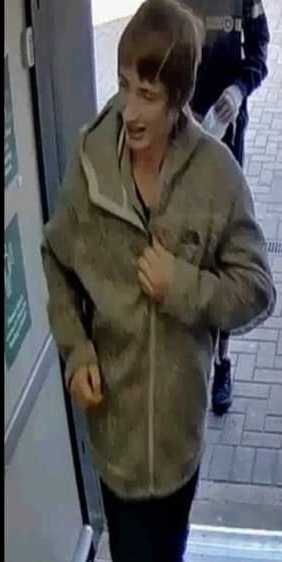 Officers investigating a shoplifting incident at the Co-Op store on Southleigh Road, Emsworth, are appealing to the public for information.

Police received a report on Wednesday 6 October that on Monday 27 September shortly before 12.30pm two people entered the store and stole around £164 worth of chocolate and meat.

The pair then left the store. No-one was injured in the incident.

Police have been following a number of lines of enquiry to identify the suspects and are now turning to the public for help.

Police would particularly like to speak to the man pictured, seen in the area at the time, in connection with this incident.

Do you recognise him?

Police would also like to speak to a second person in connection with the incident. She is described as:

If you recognise the man in the image or the girl described, please call 101 quoting 44210401073 or go online and submit information via the following form: https://orlo.uk/ZLDvk