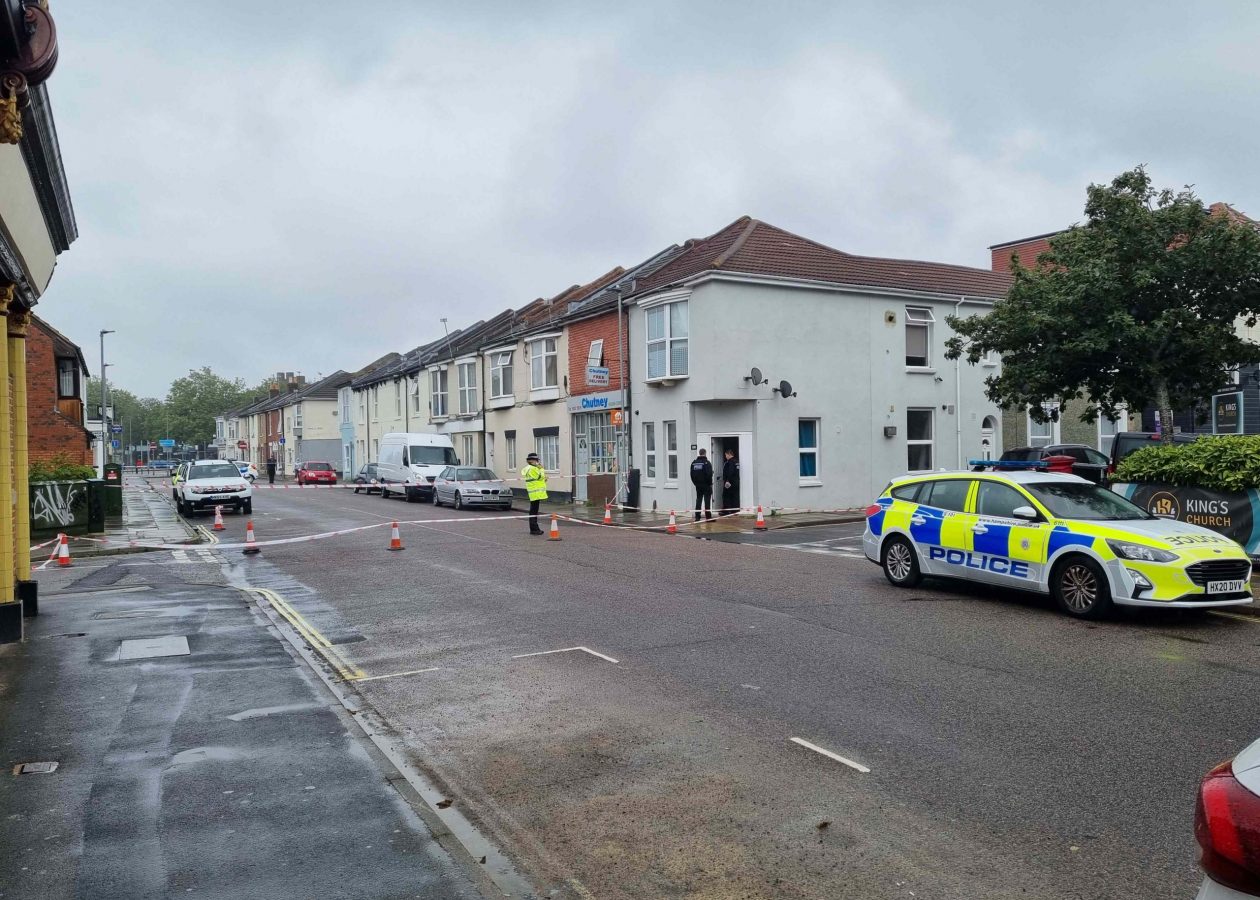 Police have confirmed that a male has received stab wounds following an assault in Somerstown around 1.00pm today.
Police officers placed a cordon in Somers Road between the junctions of River’s Street and Lower Forbury Road after the man was seriously assaulted.
The victim, in his 30s, was found with a stab wound to his abdomen and was taken to Queen Alexandra Hospital Portsmouth for treatment.

A Hampshire police spokeswoman said: An investigation into the incident is underway and officers remain in the area conducting enquiries.
We would urge anyone with concerns to speak to patrolling officers.
Anyone with information should call police on 101 quoting 44210310946.