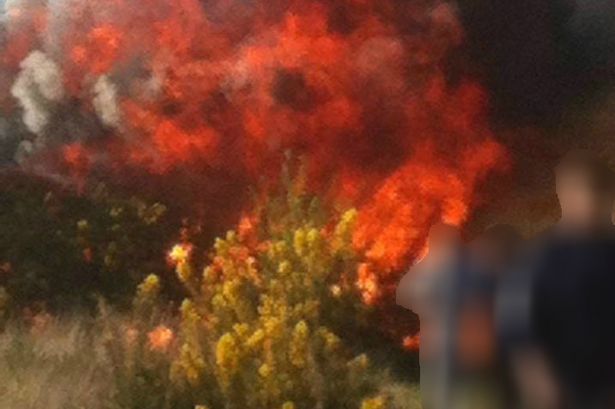 Residents along A30 Stroud Lane have been evacuated due to a wildfire on Yateley Common near Blackwater.

There are a total of 15 fire engines. Hampshire and the Isle of Wight Fire and Rescue, Surrey and Royal Berkshire, as well as Yateley, Fleet, Hartley Witney and the Rushmoor wildfires unit, have all been dispatched to the scene. According to some drivers, the flames shot 30 feet into the air.

Residents on a street in Blackwater have been evacuated as firefighters battle a wildfire. Crews from Hampshire Fire and Rescue Service are on the scene of the fire off the A30.

It has been confirmed that all residents along Stroud Lane have been evacuated. People living nearby have been advised to close their windows and doors due to the presence of smoke in the area.