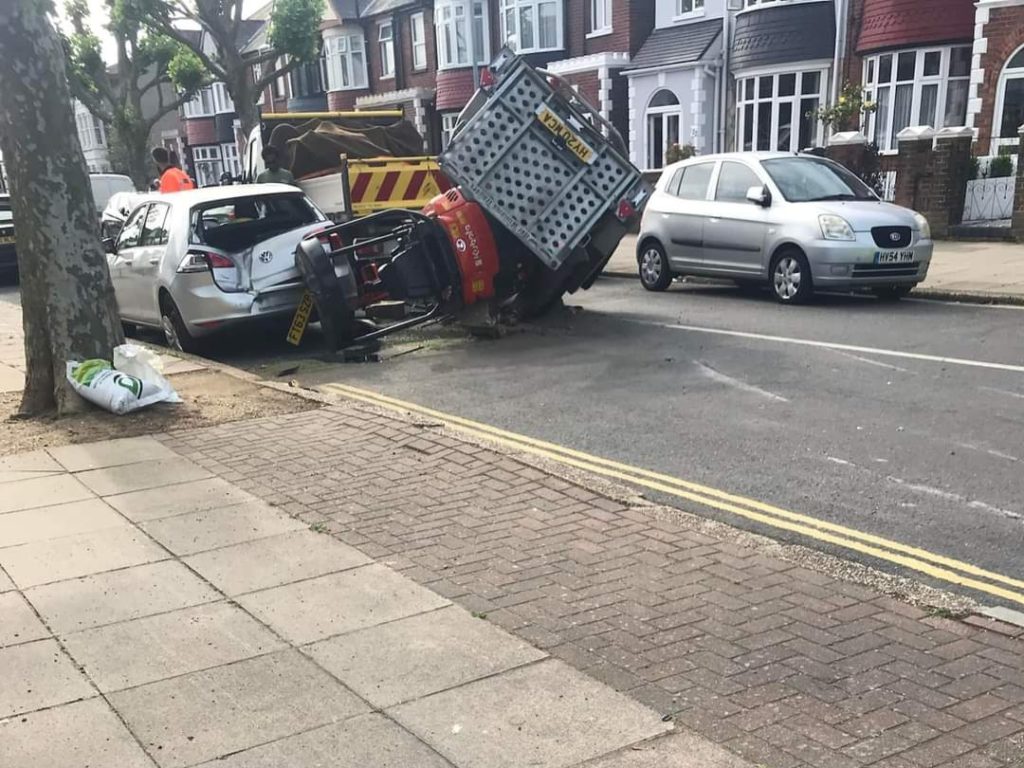 The collision occured at the junction of Kirby Road and Lyndhurst Road, Portsmouth shortly after 7.30am.

School children were lucky to escape serious injuries this morning, after a vehicle collided with a digger that was being transported. 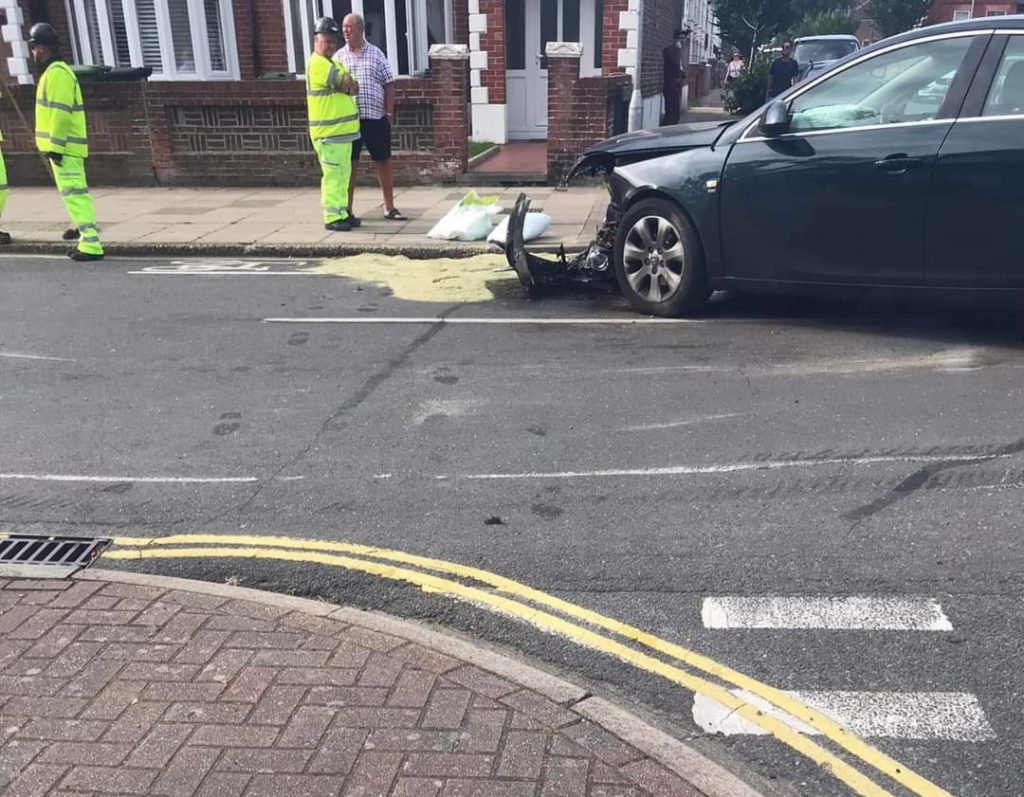 It’s understood that the Vauxhall was pulling onto Kirby Road hitting the trailer carrying the mini digger, this caused the trailer to topple over into a parked car as the van was driving.

Emails were sent to parents from College Park Juniors to warn them of the traffic chaos that was caused by the collision during the busy school time. 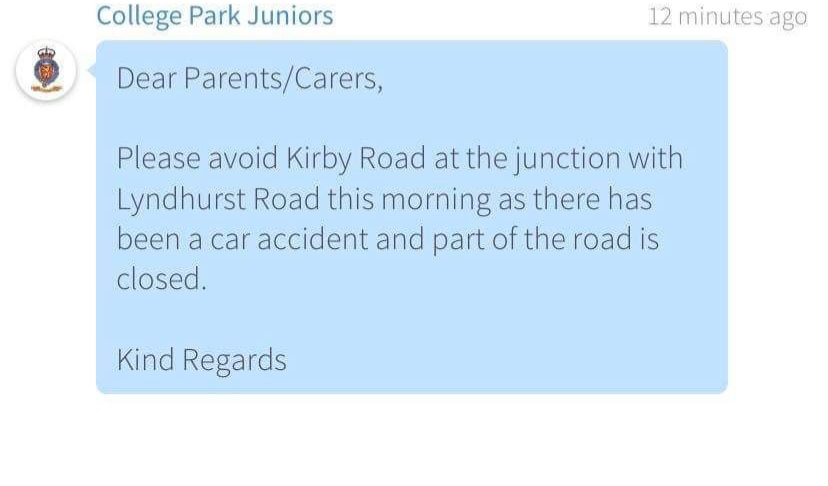 School children watched as they were walking too school with many young children terrified by the accident, a nearby mother of a child who attends College Park School said:

“It was shocking we heard a big bang then saw the mini digger topple over, there was many children around and someone could have been seriously injured if they were crossing the road when it happened.

Fortunately no-one was injured in the collision but there were many young children that were passing at the time who were very shaken.”

Colas Roads were called to use specialist environmental packs after fuel was spilt onto the road and a clean up operation is underway.