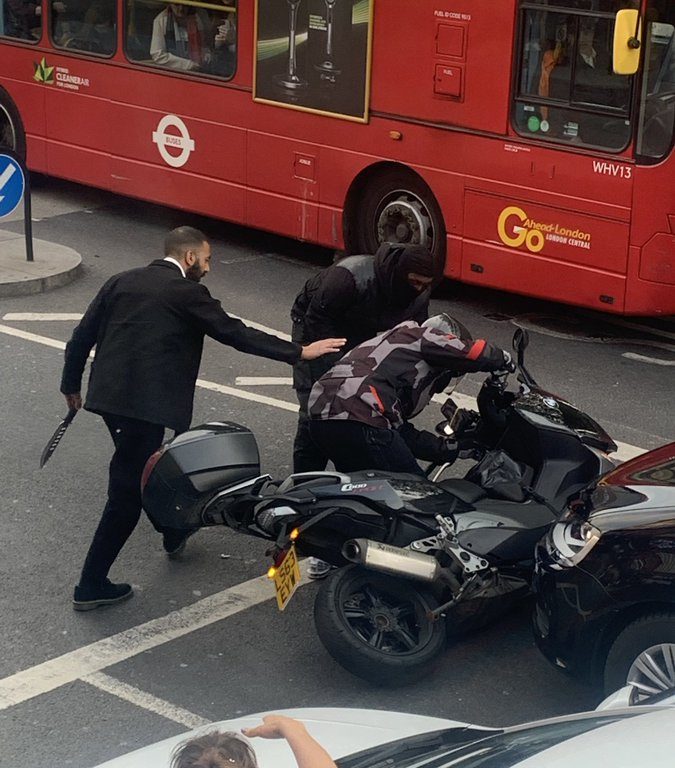 It’s understood that a rider of a motorcycle was attacked by two unknown persons with a machette, the rider then wrestled with one of the persons on the bike taking the machette. 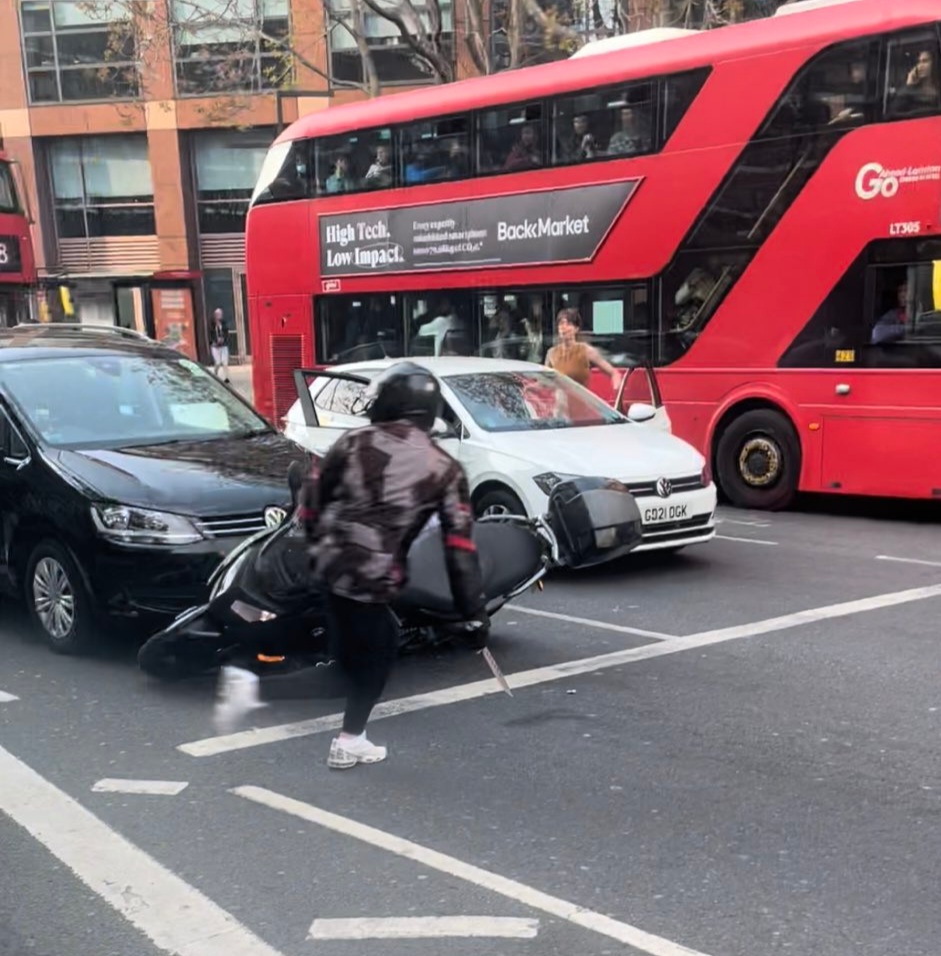 One twitter user who captioned the below picture said:

“The gentleman holding the knife here IS NOT the attacker. He got out his car and was helping the motorcyclist.” 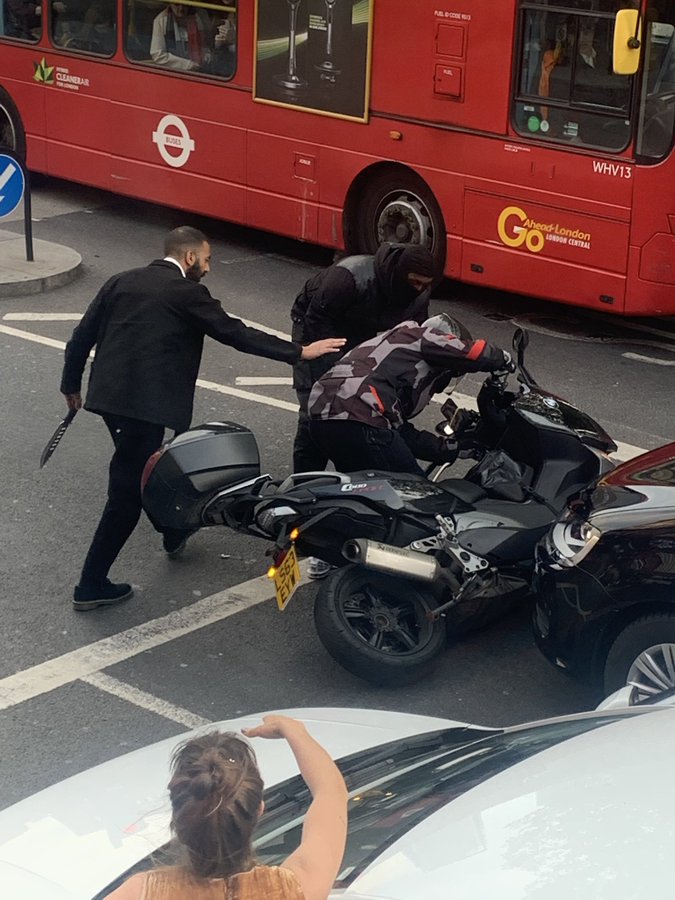 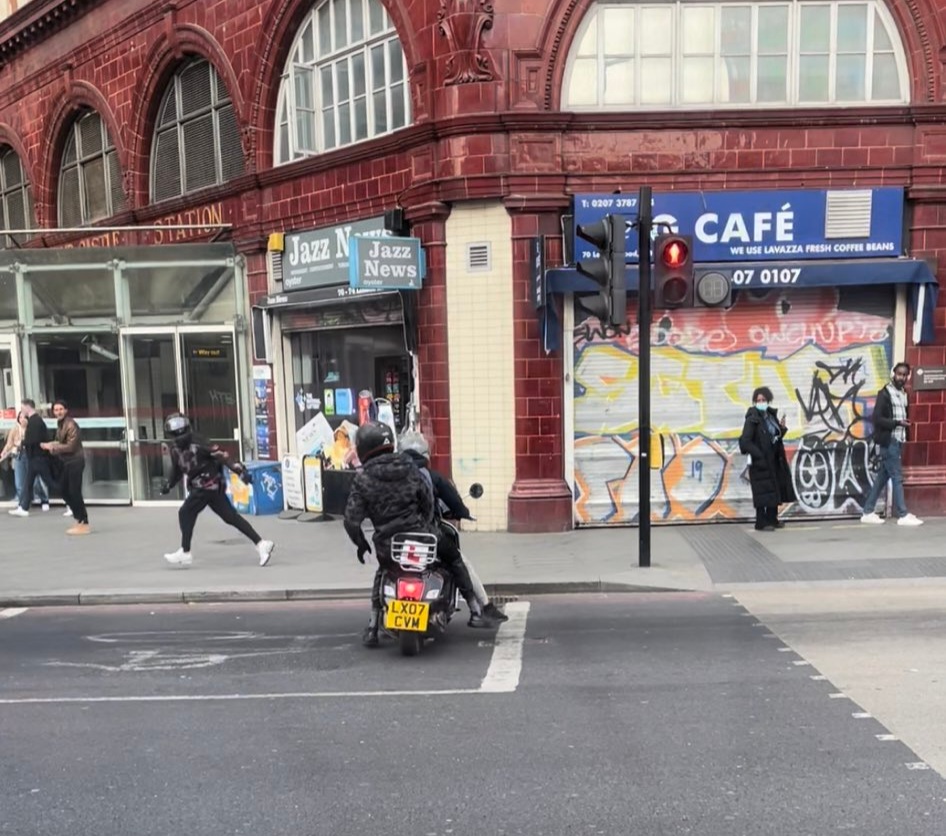 The attackers then crashed the motorcycle as they left the scene, before returning just moments later brandishing a hammer.

They then drove off towards the direction of central London, before returning again skiding round the corner falling from the motorcycle.
They then got back onto the motorcycle fleeing in the opposite direction.

“I was on the other bus saw the whole thing. It was so scary.”

If you have any information that can assist police officers investigating the attack, please contact the Metropolitan Police on 101.