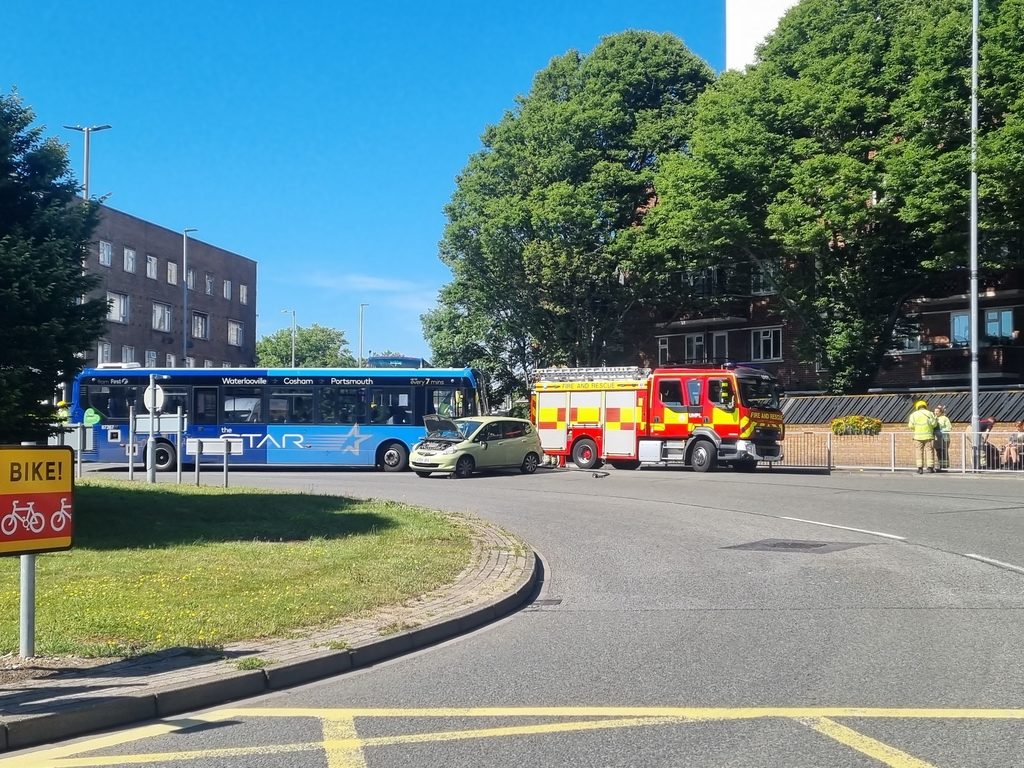 Emergency services were scrambled to the junction of Commercial Road, Portsmouth following a collision with a bus and small vehicle

The collision happened at around 3.40pm at the junction of Cornmill Street and Commercial Road.

It’s understood that the Honda Jazz, was joining the roundabout from Commercial Road when it collided with the bus which was traveling onto Cornmill Road. 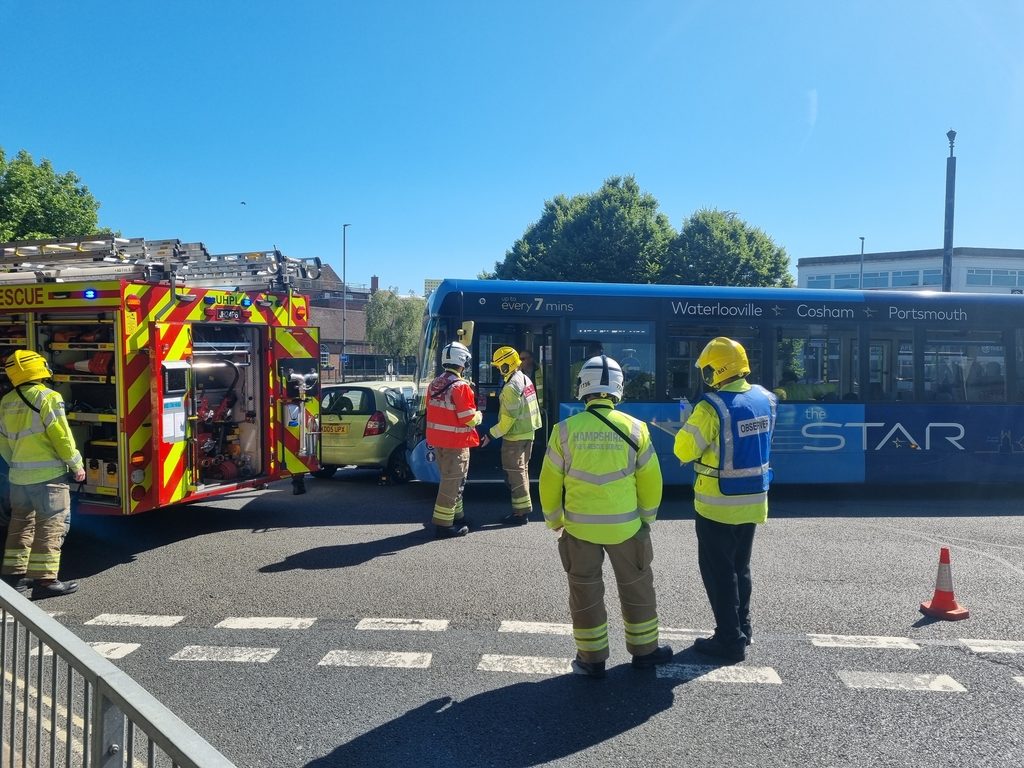 Paramedics and along with incident support from South Central Ambulance Service were in attendance, paramedics treated the driver of the Honda at the road side and did not require hospital treatment.

The vehicles involved were later moved and the road opened at around 4.30pm.

Motorists reported delays of around 45 minutes, after the collsion caused major delays with tail backs on the M275 for several miles.