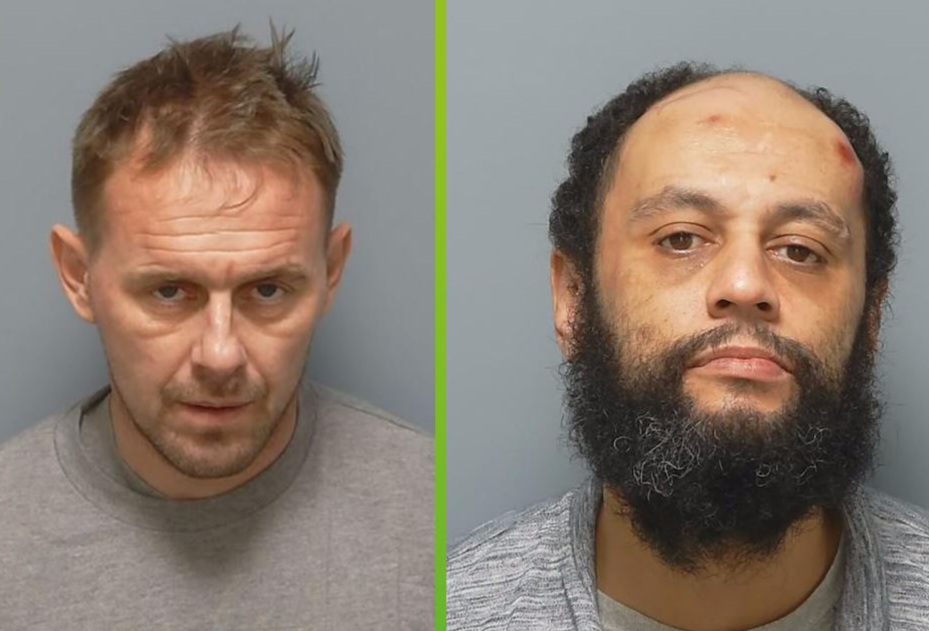 Two men who appeared at Winchester Crown Court on Friday, 20 May, have been jailed for four years and nine months combined, for a robbery at a jewellers in Alton

Lee Benneyworth, 39, from Leominster Road, Paulsgrove, Portsmouth has been sentenced to two years and six months in prison.

Jamie Massiah, 40, of no fixed abode has been sentenced to two years and three months in prison.

The court heard that at around 3.35pm on Tuesday, 8 February, Benneyworth and Massiah walked into TH Baker jewellers on The High Street in Alton and made enquiries about Rolex watches before leaving the shop.

Both men returned a short time later and began shouting at staff, demanding they place jewellery in a bag. The men then smashed cabinets and took jewellery on display before fleeing.

Officers deployed to the scene and investigations quickly led them to identifying a black mini that was used in the robbery.

Later the same day, Benneyworth and Massiah were located with the black mini in the Havant area. Officers conducted a stop and search during which they found them in possession of cash and a number of tags that had been removed from the stolen jewellery.

Benneyworth and Massiah were arrested and subsequently charged with robbery.

They both pleaded guilty to the offence at a previous hearing.

Detective Chelsea Adamson from Hampshire’s Northern Investigations Team said “This was a premeditated and brazen robbery, carried out in the middle of Alton at a busy time of day.”

“Officers deployed to the area and carried out a fast paced investigation, leading us to quickly identify the car used in the robbery and the two men responsible.”

“This was understandably a shocking and distressing incident for the staff and something nobody should have to experience.”

“I hope this sentence reassures both the staff and the community that we take incidents involving violence of any kind extremely seriously and we will do everything we can to put those responsible before the court and bring them to justice.”