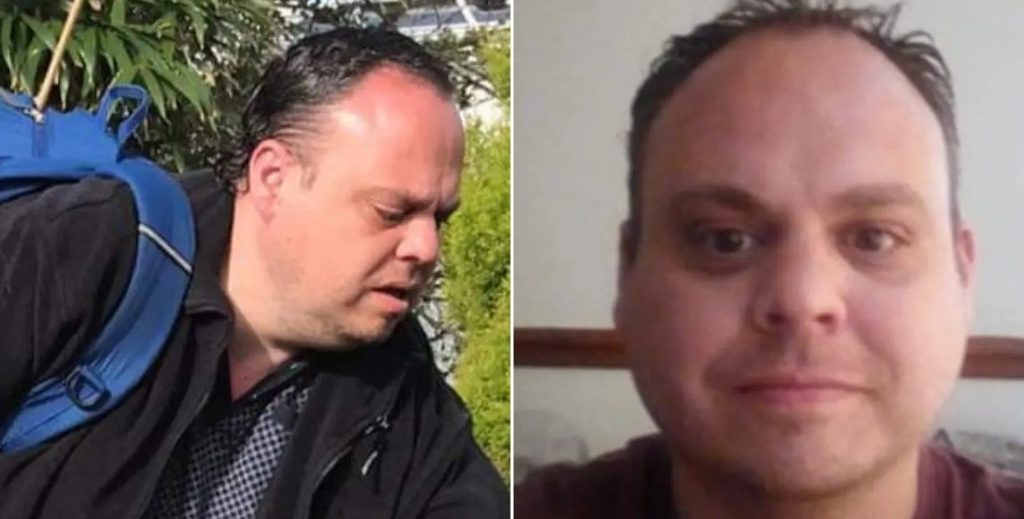 Police are releasing new images of Matthew who is currently missing.

The 40-year-old from Somerset has not been in touch with anyone since Wednesday 1 June. 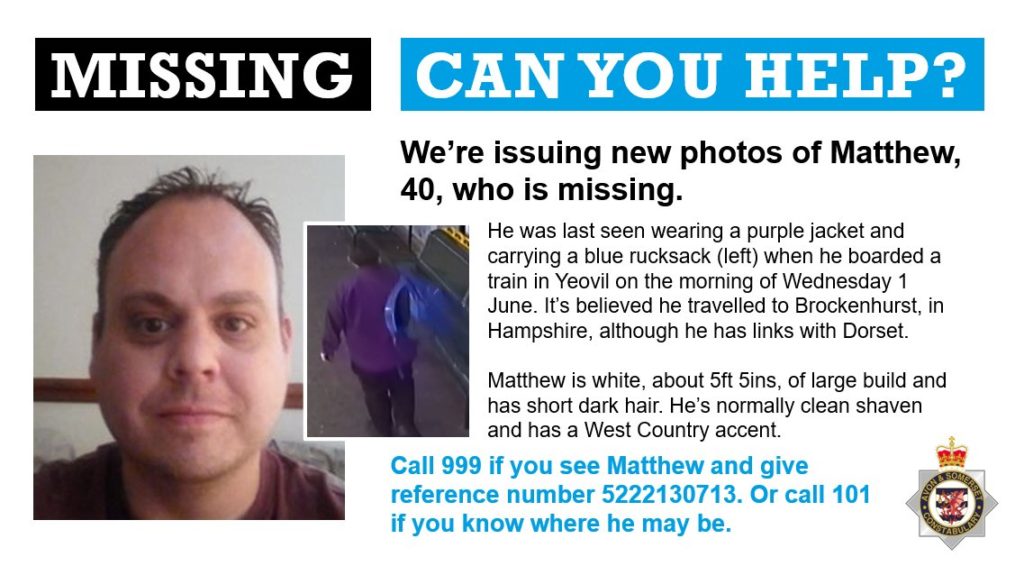 CCTV enquiries have been carried out and police believe Matthew boarded a train at Yeovil Pen Mill station on the morning of Wednesday 1 June to Brockenhurst in Hampshire.

He was wearing a purple fleece and carrying a blue rucksack at the time, as seen below. 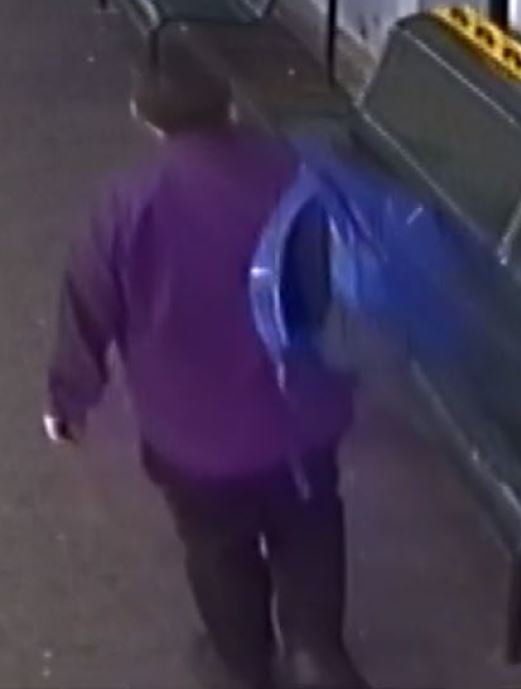 Matthew is known to have links with Yeovil and Dorset, in particular Weymouth and West Bay. He also previously lived in Bristol.

He is described as white, about 5ft 5ins, of a large build and has dark brown hair. He has a West Country accent and normally is clean shaven.