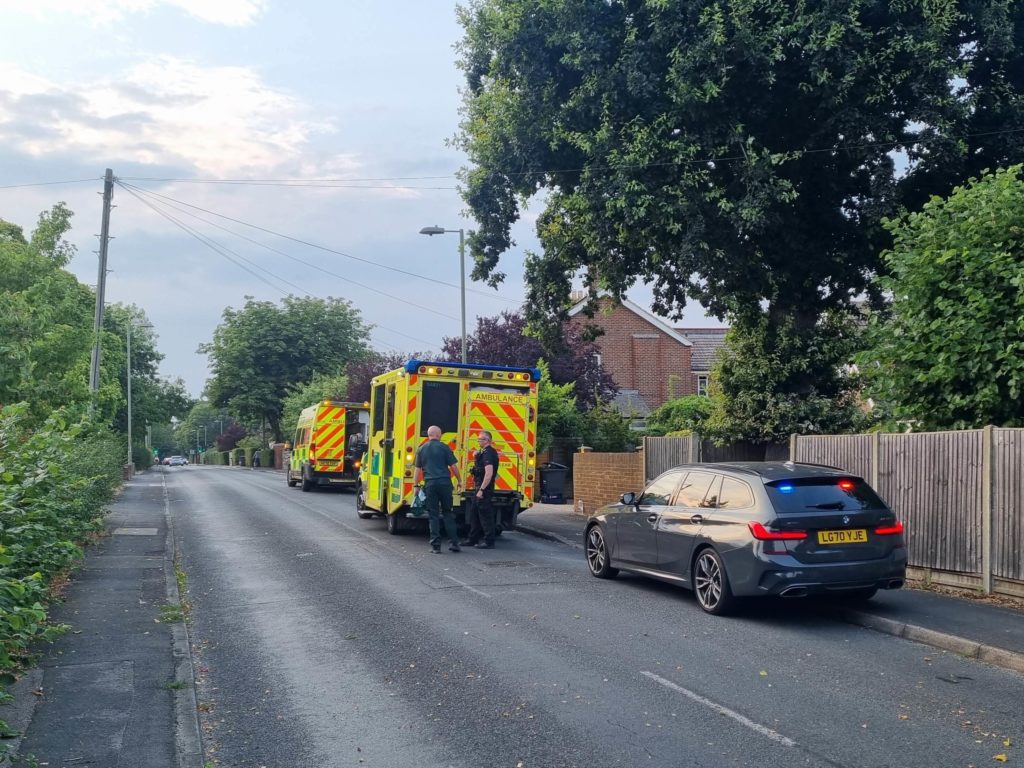 The collision happened shortly before 7.15pm along Horndean Road,Emsworth, Paramedics from South Central Ambulance Service were in attendance.

Specialist medics from Hampshire and Isle of Wight Air Ambulance were also scrambled to the collision, after the female suffered a trauma injury to her leg.

Police breathalysed the driver of the vehicle who provided a negative breath test, their details were obtained and the driver was allowed to leave the incident.

Paramedics took the female to Queen Alexandra Hospital, Portsmouth, via ambulance where she is receiving treatment for her injuries which are not believed to be life threatening.