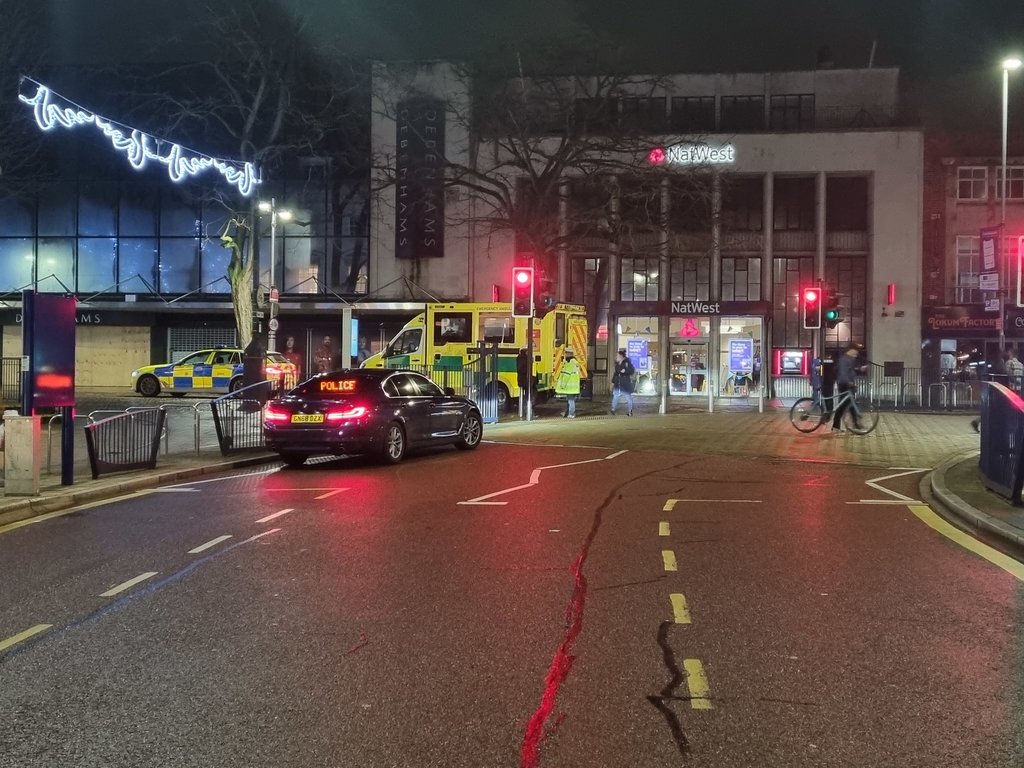 A woman has suffered life changing injuries, after two cyclists collided last night at a pedestrian crossing in Edinburgh Road, Portsmouth at around 5.00 pm.

Officers from Hampshire Roads Policing Unit were called along with a paramedics from South Central Ambulance Service.

Paramedics treated the lady at the scene and later transferred her to Queen Alexandra Hospital in Portsmouth by land ambulance, it is understood she will require a operation after she received a serious fracture to her leg in the collision.

Roads policing officers were seen examining CCTV at the collision where it is understood that no offences had been committed and details of the male were obtained.