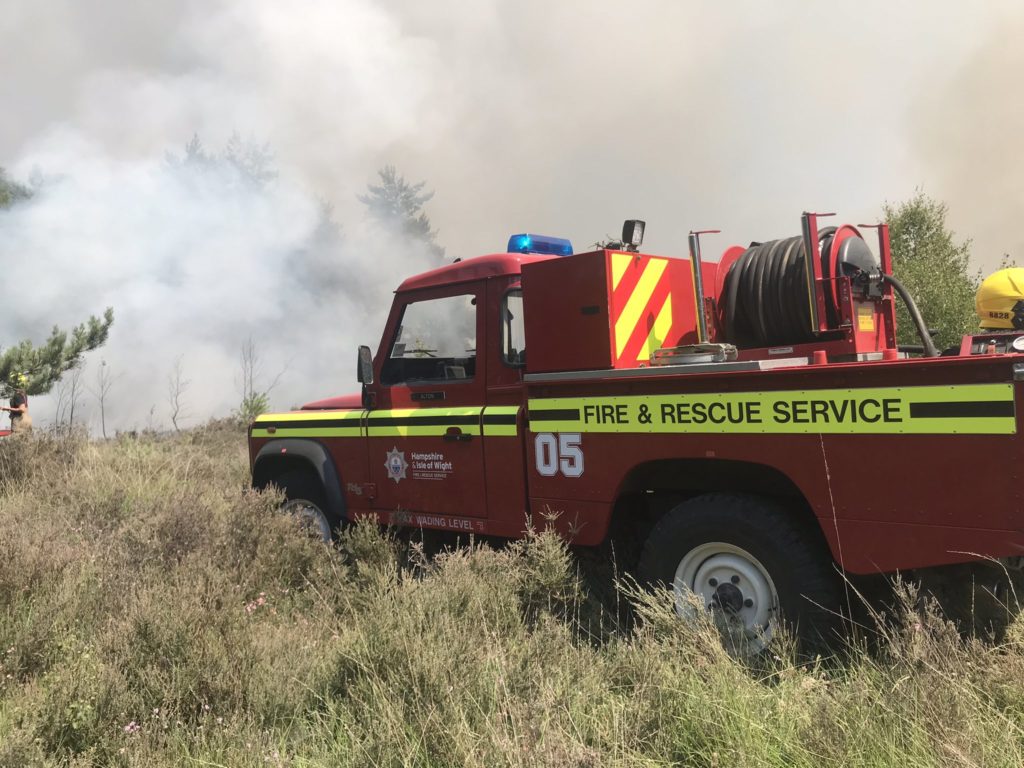 Firefighters evacuated 15 people from seven nearby properties in Stroud Lane due to the risk posed by the flames. Heavy smoke prompted a plea for residents to close their windows and doors.

Fire Control took multiple 999 calls from around 11:30am (14 July) after flames could be seen in the area around Yateley Common and at the height of the incident more than 60 firefighters were on scene. 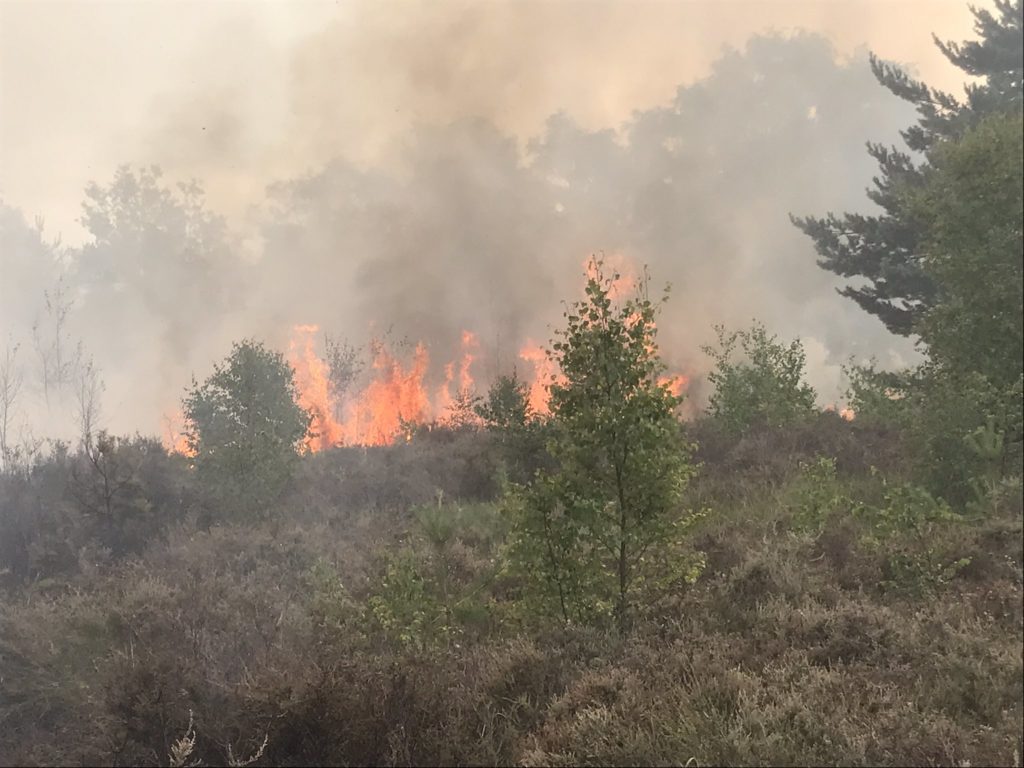 “Our crews turned up to really arduous conditions. The flames were really high and the fire was spreading really fast.

“At one point the fire jumped over a path due to the radiated heat and a significant area of the common has been damaged.

“There was a real risk to properties and wildlife and our firefighters worked tirelessly to hit the fire hard and get it surrounded.”

Land Rovers were used to access the site and firefighters battled through hot and challenging conditions to make good progress.

By 3pm, the fire – which covered an area of around 35 hectares – was surrounded and the incident was scaled down shortly after 5pm, with those who were evacuated allowed back into their homes. 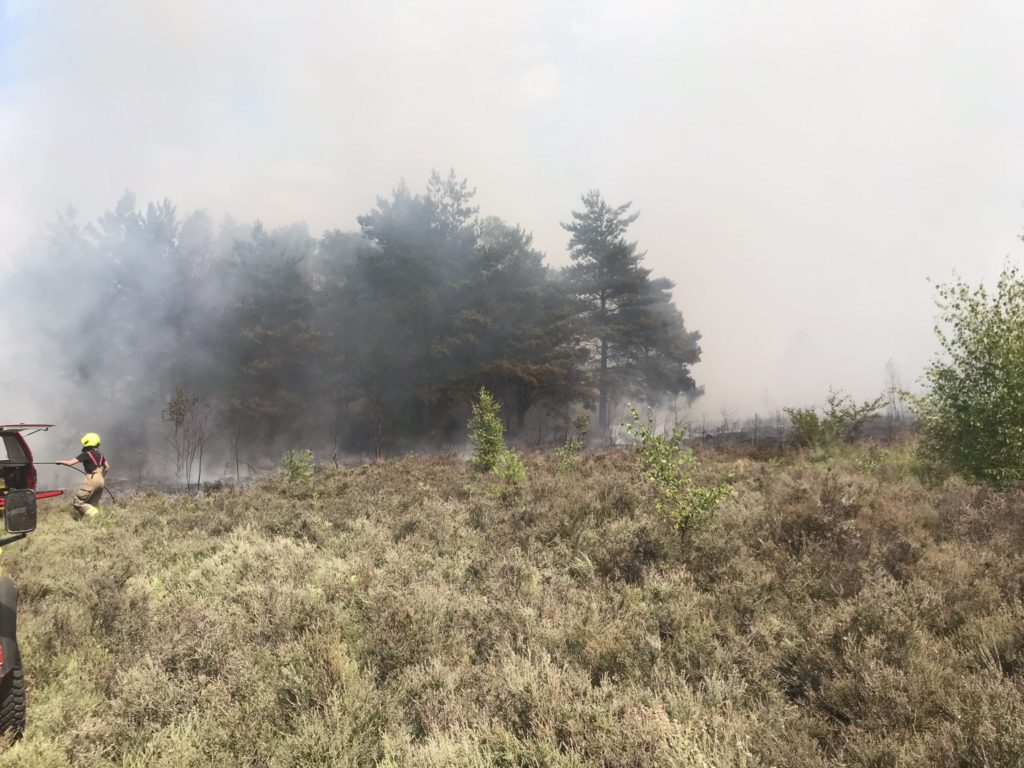 Crews remain on scene to dampen down the area.

“The dry and very hot weather conditions, and the fact that we’ve had no rain, increases the risk of fires like this from spreading out of control very quickly and becoming very severe.

“At this stage, we don’t know what caused the fire and we might never know.

“But what we do know is that barbecues, bonfires, discarded cigarettes and glass bottles can cause these types of fires.

“An extreme heat alert is in place for the weekend, and into next week, and an amber wildfire alert has been issued, so I’d ask people to be extra careful.

“If you do spot a fire, call 999 immediately and stay away.” 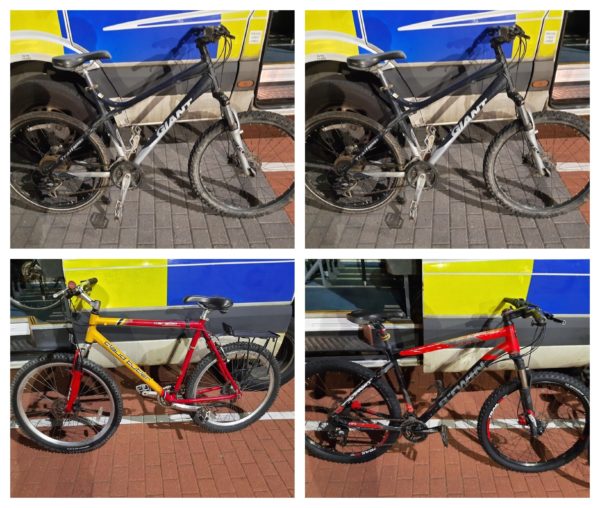