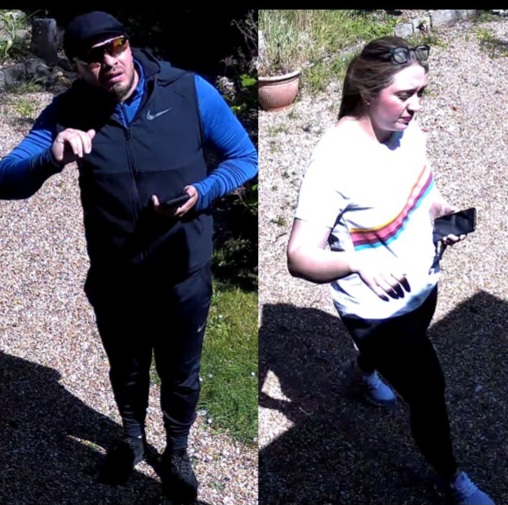 At approximately 1.15pm on Tuesday 26 April, a woman knocked on the door of an address on Eastleigh Road, Havant, and told the occupants, a man and a woman in their 80s, that she was looking for her cat.

She encouraged the occupants to leave the property and enter the garden in an attempt to help her while a man entered the house and attempted to steal items from inside.

Police received a second report that on the same day between 1pm and 2pm a woman had knocked on the door of an address on Hallett Road and told the occupant, a lady in her 70s, that she was looking for her cat.

Nothing was taken on either occasion.

A similar incident was also reported to police on the same day in Portsmouth. Between 10.30am and 10.45am, a woman knocked on the door of an address on Bucklers Court and told the occupant, a woman in her 70s, that she had lost her cat and asked if she could look in her garden.

The occupant of the address allowed the lady to look for the cat in her garden and noticed the next day (Wednesday 27 April) that approximately £300 in cash and some high value jewellery had been taken from inside her address.

Officers are currently investigating all three incidents and are conducting enquiries to identify those responsible. Police believe that the incidents may be linked at the current time.

Officers have these images of two people, who were seen in the Eastleigh Road area at the time of the first incident, who they would like to speak to in connection with the investigation.

Anyone who recognises these people, or has any information that may assist the police investigation, is asked to call 101 quoting 44220162902.

Read our advice on how to protect yourself and your home from distraction burglary: https://www.hampshire.police.uk/cp/crime-prevention/protect-home-crime/keep-burglars-out-property/