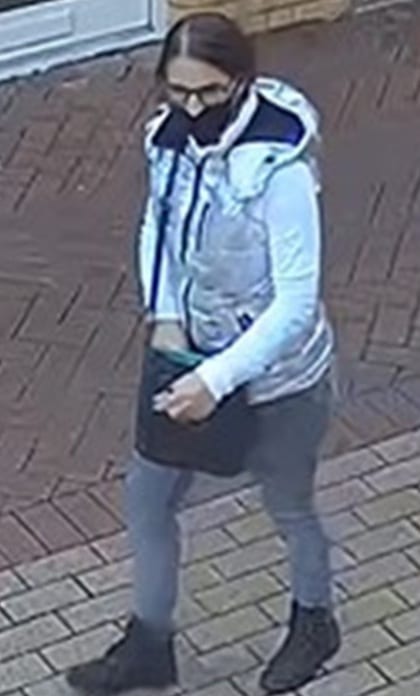 Do you recognise this woman?

Officers are investigating a robbery on Tuesday 12 October between 4pm and 5pm on Oakmount Road in Chandler’s Ford.

An unknown woman approached a vehicle and suggested that she was collecting for charity. The victim obliged and proceeded to offer a donation, but had unfortunately dropped the monies in their car.

As they picked up the money, the woman reached into the vehicle and reportedly stole a quantity of cash from a wallet before fleeing the scene.

Do you know who she is? Did you see anything or were you in the area at the time? Perhaps you have dash-cam footage available?

Alternatively, you can submit information to us online via this link https://www.hampshire.police.uk/tua/tell-us-about/cor/tell-us-about-existing-case-report/.