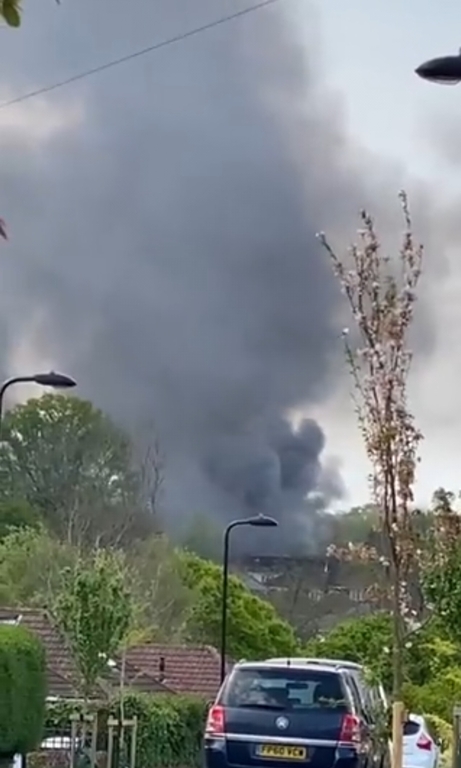 Around 40 firefighters are currently tackling the blaze which was first reported around 6.00pm

The blaze broke out at a property in Somerton Avenue, Harfield after an out of control bonfire spread to a shed at the property.

HIWFRS received multiple calls after huge plumes of smoke were seen, nearby residents have been advised to keep all doors and windows closed while firefighters tackle the blaze.