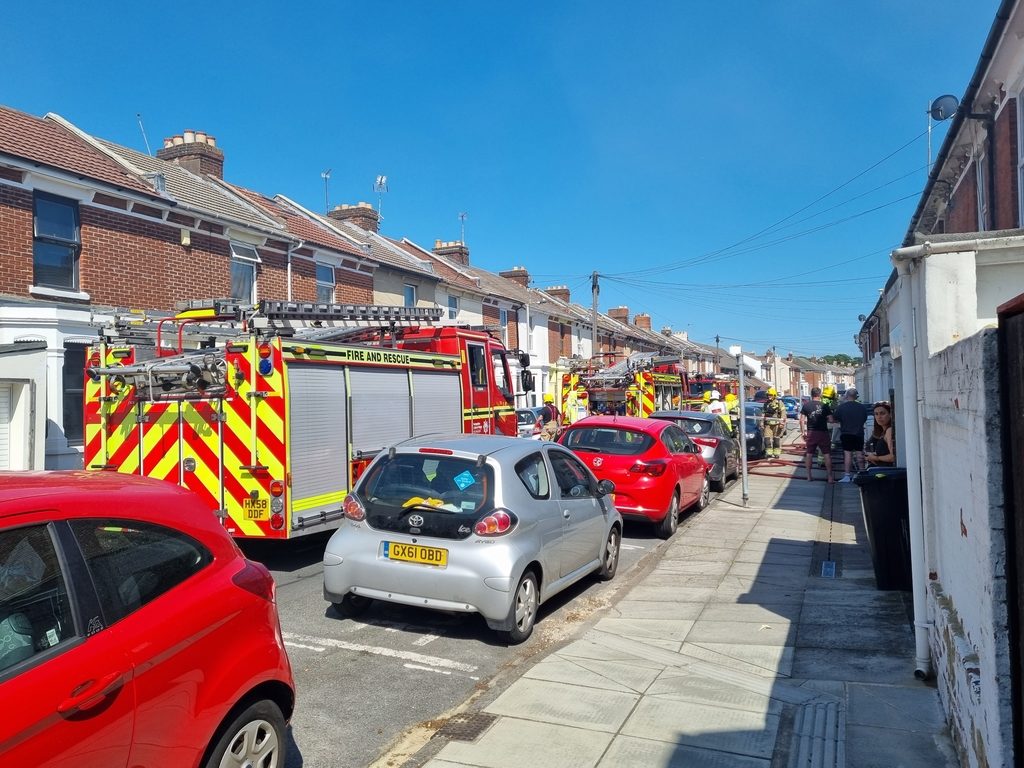 Appliances from Cosham, Southsea and Havant, were scrambled to the property in Greyshot Road, Southsea, following reports that a fire had broken out in the garden of the property.

On arrival firefighters discovered that the fire had spread to adjoining gardens, crews used Breathing Apparatus, high pressure jets, and hose reels to tackle the blaze along with PPV for smoke clearance.

I then heard a male screaming I went across to help him from the property, when he told me his cat was in the house, we both went into the house in search of his cat but was unable to locate it.

Firefighters then arrived and tackled the fire, there were thick plumes of smoke coming from the garden it looked really bad.”

Police closed the road at the junction of Haslemere Road, whilst a further officer managed traffic along Frensham Road. 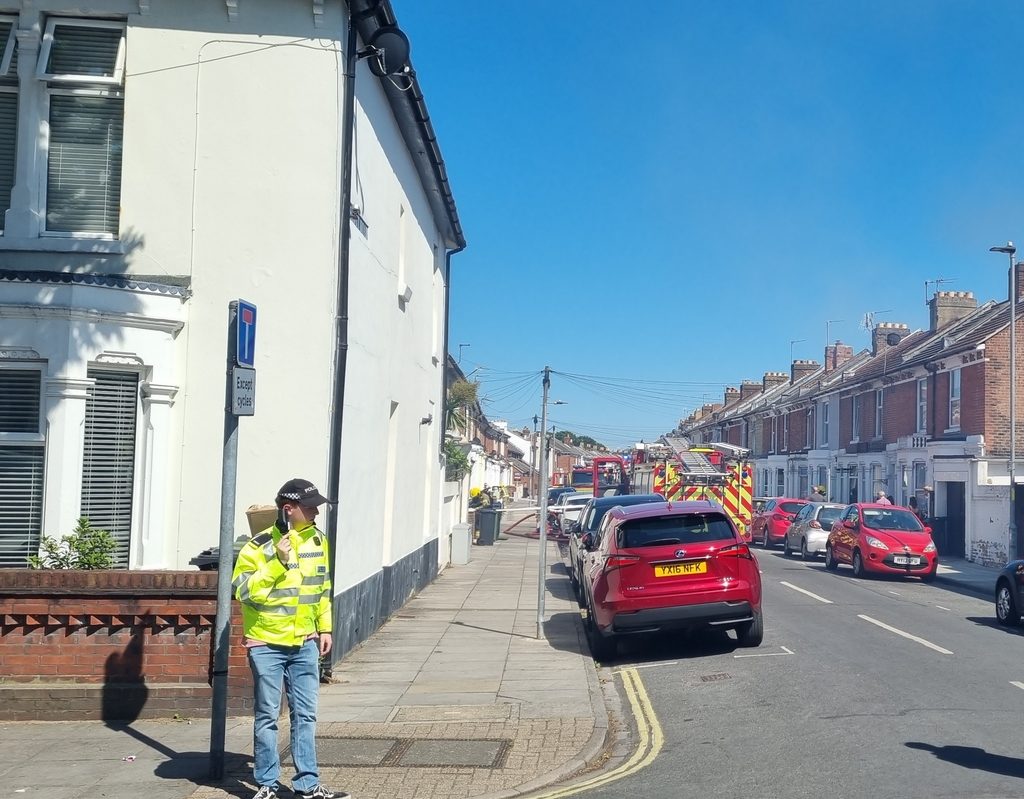 The cause of the fire is not believed to be suspicious and there were no reported casualties.