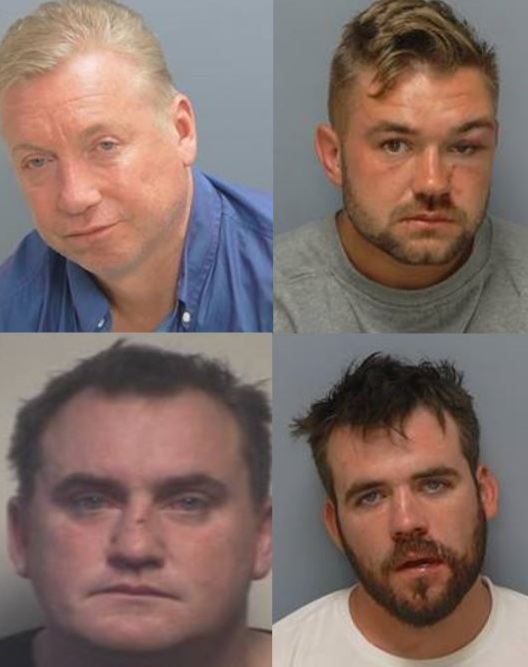 Four men have been jailed for a total of nine years and one month after a man was seriously assaulted on Victoria Road in Aldershot.

On Saturday 18 July 2020, the victim was knocked unconscious before his head was stamped on.

Four men were later charged and all pleaded guilty to a number of offences.

The three other defendants were all sentenced at the same court in December.

Steven Kavanagh, 49, from Beldham Road, Farnham, admitted assault occasioning actual bodily harm and was jailed for one year and one month.

Jay Dods, 27, from Annettes Croft, Fleet, admitted affray and possession of cocaine, a controlled drug of Class A, and was jailed for one year and 10 months.